10 Fantastic Foreign Films from the 2010s

Posted by Janet Barrow in Language and Culture on December 26, 2019 0 Comments 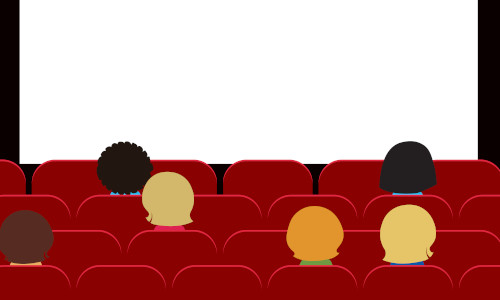 It’s almost 2020, which means that this year, we’re reflecting not just on all the things that happened in 2019, but on a whole decade of happenings. In this post, we turn our gaze to the many cinematic gems that the 2010s gifted us. And since we’re dedicated language fanatics, we’re focusing exclusively on foreign films.

The following is a list of ten of the best. These are intended for guilt-free watching, since you’ll be practicing your listening skills. If the film isn’t in your target language, you can still learn a thing or two about other cultures and historical events. So pour some butter over that popcorn, sit back, and enjoy!

“A lavish and sumptuous costume drama with a juicy story to back it up,” A Royal Affair is well worth the two-and-a-half-hour commitment. It tells the story of Caroline Matilda of Great Britain, who is married off to the mentally ill King Christian VII of Denmark. Both unsatisfied in the marriage, they come to live largely separate lives under the same roof. Eventually, German doctor Johann Friedrich Struensee – secretly a man of the Enlightenment – is recruited to work for the king. They form a close relationship, and Struensee starts to exercise influence in matters of the state, eventually becoming the de facto ruler of Denmark. Meanwhile, he and Princess Caroline strike up an affair that will have unexpected consequences for the future of them all.

This film follows the story of Adèle, a French teenager whose life changes when she meets Emma, a young art student with blue hair with whom she falls in love. The film charts their tumultuous relationship from Adèle’s high school years through her early career as a school teacher, during which time Adèle learns to lose herself in passion and grows from experiences of love and loss. Ultimately, the film explores themes of identity through the lens of sexuality, as well as social class, which is portrayed through the juxtaposition of Adèle’s conservative working-class family and Emma’s more open-minded, middle-class family.

Directed by Angelina Jolie and written by Loung Ung (based on his memoir of the same name), First They Killed My Father is a biographical historical thriller. It follows the life of five-year-old Ung just after fighting during the Vietnam War spills over into Cambodia and sparks the Cambodian Civil War. Ung is separated from her siblings, who are sent to labor camps under the Khmer Rouge regime, while she is forced to begin training as a child soldier. The film has been praised for tackling its subject matter with “grace, skill, and empathy, offering a ground-level look at historic atrocities that resonate beyond its story’s borders.”

It’s 1962, and Ann – orphaned as an infant during the German occupation of Poland – is about to take her vows. Before doing so, she must meet her aunt, a former Communist state prosecutor and Anna’s only surviving relative. Anna’s aunt reveals to her that her parents were Jewish, and the two women embark on a journey to the Polish countryside to try to discover what became of them. Shot entirely in black in white, Ida is beautiful and sad, a deeply moving road movie.

After fifteen years of military dictatorship, in 1988 international pressure forced the Chilean government to hold a referendum in which the people would vote ‘yes’ or ‘no’ to keeping Augusto Pinochet in power for eight more years. For twenty-seven nights before the referendum, both sides were allowed fifteen minutes per night to present their point of view. No follows Rene Saavedra, a successful advertisement creator who comes up with a highly unorthodox marketing campaign for the ‘no’ side. An interesting look at the downfall of Latin America’s most ruthless dictator, No has both praised for its period-cinematography and unique point of telling and criticized for ignoring the crucial role that grassroots voter registration efforts also played in getting out the ‘no’ vote.

Parasite is a black comedy thriller film that follows the impoverished Kim family’s scheme to become employees of the wealthy Park family by posing as unrelated, highly qualified individuals. In order to do so, they must oust the Park household’s current staff, but when one staff member returns while the Parks are on a camping trip and the Kim’s have occupied their mansion to revel in its luxuries, everything falls apart. This film is an utterly entertaining whirlwind that tackles big questions around class struggle while alternatively inspiring both laughter and tears.

Roma is a dreamy, semi-autobiographical take on writer and director Alfonso Cuarón’s upbringing in the affluent Colonia Roma neighborhood of Mexico City. It follows the story of Cleo, an indigenous live-in maid who cares for the children of the household while the family matriarch, Sofia, and her husband Antonio’s marriage quietly falls apart. Soon, Cleo discovers that she is pregnant, but when she informs her boyfriend, he abandons her in a movie theater. Shot in black and white, the film has been called a cinematic masterpiece; it is the twenty-sixth most highly ranked film of all time on Metacritic, and it ultimately received three academy awards and is now tied with Crouching Tiger Hidden Dragon for the foreign language film with the most Oscar nominations of all time, amongst other accolades.

A married couple in Tehran are both actors in Arthur Miller’s play Death of a Salesman. When their apartment begins to collapse, they are forced to move into a new place that is secured for them by a fellow actor after its previous tenant hurriedly abandons it for unknown reasons, leaving many of her belongings behind. When the wife is assaulted by an intruder, she struggles to cope with post-traumatic stress. Meanwhile, her husband works to uncover the assaulter’s identity. The film received highly positive reviews, with Peter Travers of Rolling Stone praising it as “a dazzling, darkly funny, quietly devastating human drama.”

Directed by Pedro Almodóvar and starring Antonio Banderas, The Skin I Live In is a psychological thriller holding a number of accolades, including a Golden Globe nomination and Best Film Not in the English Language at the 65th BAFTA awards. It tells the story of Dr. Robert Ledgard, a plastic surgeon who becomes fixated on developing a burn-resistant artificial skin following his wife’s horrific burning in an auto accident. In order to test the skin on a human subject, he and his faithful housekeeper hold a woman named Vera against her will in his mansion.

With a ninety-nine percent rating on Rotten Tomatoes and a Guardian ranking of 15th on the list of Best Films of the 21st Century, Shoplifters comes highly recommended. It tells the story of a group of impoverished people that come to rely on shoplifting in order to survive. It has been called a ‘socially conscious film,’ exploring themes of inequality as well as how non-conventional families form in situations of conflict and despair and together find ways to cope.

Composed of six standalone shorts, Wild Tales is a black comedy anthology film centered around themes of violence and vengeance. It was directed by Damián Szifron, who says that humans “have a fight or flight flee mechanism, but it comes with a very high cost. Most of us live with the frustration of having to repress oneself, but some people explode. This is a movie about those who explode.” From an airplane whose passengers realize they have all wronged the same man and that that man is piloting the plane to a brutal confrontation after a driver gets cut off in the desert, Szifron’s wild tales showcase the frustrations of contemporary life, “the vertigo of losing your temper, and the undeniable pleasure of losing control.[1] ”