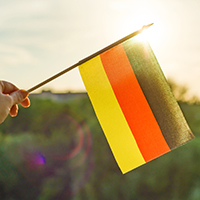 German is the EU language with the largest number of native speakers. As a result, its use is widespread across many countries internationally, and is especially prevalent throughout the business world. There are three countries in particular where understanding German really matters for business professionals. Read on to learn about those three countries and why this language is crucial to all of them.

Other than the fact that residents of the country speak German as their first language, it is important to understand that Germany is a country with an excellent economy. This means that there are numerous opportunities for financial gain to be had when working with German companies, both for businesspeople who are natives as well as those who are foreigners. Understanding the language puts you in a better place to understand business negotiations you have with company owners and stakeholders; it also makes you appear more educated and respectful of the culture. Willy Brandt, the former German chancellor, even believed that anyone expecting to have corporate communications with him must be willing to speak the language.

Germans who conduct businesses are well-known for their extremely sophisticated business etiquette. Germans conducting business value punctuality, discipline, forward planning, and demand respect in all negotiations. Learning the German language will place foreign business owners on a higher pedestal in regards to cultural adaptation and help communicate the perception of respect and understanding in business negotiations.

Switzerland has four official languages: French, Italian, Romansh and German. Since the language is nearly as predominant in Switzerland as it is in Germany itself, it is easy to understand why any negotiations are easier to handle if both parties understand German. Switzerland has one of the most competitive economies in the world, and flourishes in the textile, tourism and banking industries. Of the four languages spoken in Switzerland, German is typically the easiest for native English speakers to learn, making it a logical choice for business people from the United States who want to work in or make deals with the people and companies of Switzerland.

Austria is another economically powerful country that is a hotspot for international conferences and gatherings. Among the industries that are thriving well, some of them include law firms, banks and tourism, which makes up 10% of Austria’s GDP. German is the official language in Austria, just as it is in Germany. It is also the most popular spoken language in the country. While you have other language options in Switzerland for language learning or translation services, German is the only logical business choice in Austria.

ALTA Language Services provides expert German translation services as well as flexible options for high-quality German language learning, both in-person and online. This training comes with the only unconditional guarantee in the business and allows for customized learning plans. For more information on ALTA’s services and how they can meet your business-related needs, visit https://www.altalang.com.