Posted by ALTA Language Services in Language and Culture on September 10, 2019 0 Comments 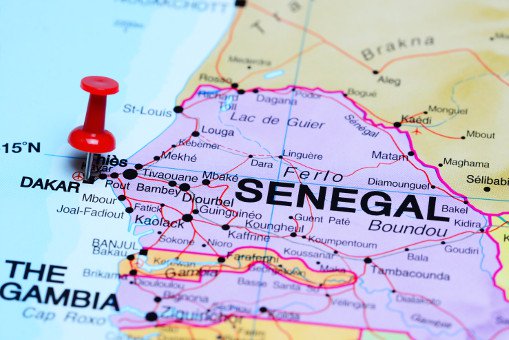 There are more than 350 languages spoken in the United States, according to the U.S. Census Bureau. That may seem like a lot – but compared to the number of languages spoken world-wide, it’s only a small fraction. The world is home to over 7,000 languages, but most people are only familiar with a small portion of these languages. Today we’ll be looking at the language known as Wolof, which is spoken by more than 5 million people.

1. Wolof is from Western African

2. You probably know at least one Wolof word

You might not have studied Wolof yet, but you probably already know at least one word. While it passed through Spanish and/or Portuguese before entering the English lexicon, the word “banana” likely originated from the Wolof language.

But that isn’t the only English word that might have been derived from the Wolof language. “Chigger”, “jive”, and “juke” may also have roots in the language. While exact word origins are difficult to trace, the English words clearly have strong lexical similarities to Wolof words.

3. Origins of the Language

Wolof is from the Atlantic language family, making it a relative of around 45 other West African languages. In total, around 30 million people speak Atlantic languages. Speakers are widely dispersed, existing in both Western African and as far East as Sudan. The language is thought to be so widely dispersed due to the nomadic lifestyles of historical cattle herders who spoke the language.

4. It Goes By Many Names

If you haven’t seen the word “Wolof,” before, you may still have read about that language. That’s because “Wolof” is not the only name for this language. In fact, there are five variations of the name, including Walaf, Ouolof, Volof, Yallof, and Waro-Waro.

Wolof can be written using two different scripts: Arabic-based or Latin-based. The Arabic-based script, Wolofal, is the language’s first script, predating the introduction of the Latin system of writing.

However, as the official script of Senegal, the Latin script is widely used in formal contexts. But Wolofal is also still alive and well and is officially recognized in Senegal, though it is used largely in informal settings.

ALTA Language Services offers language classes both online and in person. If you are looking to learn a language that isn’t frequently offered in language programs, ALTA’s training might be your ticket to successful language learning.