Posted by ALTA Language Services in Language and Culture on November 22, 2019 0 Comments 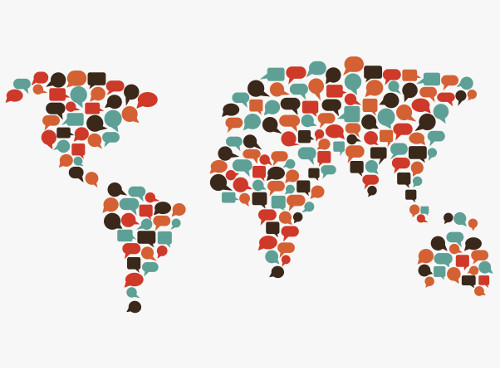 While many people worry about the world’s endangered plant and animal species, fewer are aware of the plight that endangered languages face. According to Time Magazine, a language dies every three months.

Languages die out for a variety of reasons. Political dominance often leads to linguistic dominance, as in the cases of Africa and Latin America, where most schools and government entities operate in the colonizing language (i.e. Spanish, French, Portuguese, English, etc.) rather than the languages that are indigenous to the region. Speakers of certain languages or dialects often face linguistic discrimination, or even outright prohibition of their languages in public spaces. Additionally, the diminishing population size of a language’s speakers can put a language in danger, or even lead to extinction.

Regardless of why or how languages become extinct, their disappearance has incalculable ramifications, including the loss of culture, history, and diversity.

There are around 1,500 endangered languages listed on the UNESCO Atlas of the World’s Languages in Danger, the majority of which are indigenous. Nearly 100 of these are estimated to have less than five speakers. The following languages are five of the most critically endangered in the world.

Kuruáya is originally from the Amazon region of Brazil. The estimated number of speakers ranges from two to ten. While the population of the indigenous Kuruáya people is estimated to be over one hundred, the Portuguese language has become dominant.

Lengilu is native to Kalimantan, the Indonesian portion of the island of Borneo. The current number of speakers is unknown, but in 2000, only four native speakers remained.

Nasarian originated on the Pacific island of Vanuatu. While there are thought to be just five speakers, the language is used by some children, increasing its likelihood for revitalization.

Paakantyi is an Australian language. Though estimates from 2005 put the number of speakers at four, there are initiatives to promote and resurrect this indigenous language. The most recent census (2016) reported that forty-two people now speak Paakantyi at home.

The Tehuelche language is native to the Patagonian region of southern Argentina and Chile. The last count was conducted in 2001, when there were an estimated four speakers, meaning that it may already be extinct.

While it may be upsetting to consider the alarming rate at which the world is losing its languages, there is still hope. Organizations like The Language Conservancy work to preserve and revitalize languages that are at risk of extinction. The United Nations has also taken note, naming 2019 the “International Year of Indigenous Languages.”

You can play a role in preserving language diversity by donating to language preservation organizations or by studying languages yourself. ALTA offers language classes both online and in person that can help you expand your language knowledge.