7 Questions to a Linguist: Dr. Farooq Kperogi on “Glocal” English

Posted by Maria Khodorkovsky in Language and Culture on August 17, 2015 5 Comments 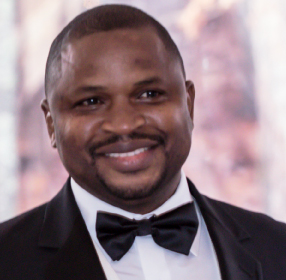 Welcome to the inaugural interview of our 7 Questions to a Linguist series! Over the next few months, we’ll be exploring some of the most fascinating, eye-opening, and unexpected insights from leading language professionals around the world.

To kick things off, ALTA Language Services spoke with professor, journalist, newspaper columnist, author, and blogger Dr. Farooq Kperogi. His “Politics of Grammar” column provides a journalist’s take on the use, misuse, and dynamic nature of language. In his new book, Glocal English: The Changing Face and Forms of Nigerian English in a Global World, Dr. Kperogi explores these concepts against the backdrop of three “Englishes” and their oftentimes hilarious variations.

1. At what moment did you realize you wanted to be a language professional?

My interest in language was planted and nourished in me by my father. My father, who is now in his early 90s, was an elementary school Arabic teacher for four decades. He also speaks more than 8 different languages. He inspired an inchoate passion for languages in me from about age 4 when he taught me to read and write in my native Baatonu language and in Arabic. When I started elementary school at the age of 5, I had little difficulty reading in English.

As you can imagine, I grew up with a fascination for orthography. At a young age, I was navigating Latin and Arabic orthography. I also learned to domesticate Arabic orthography to represent the sounds in my Baatonu language that don’t exist in Arabic—such as the spelling of Kperogi, my family name. My dad taught me the tricks of orthographic improvisation such as appropriating the “b” sound in Arabic and inflecting it with accents to represent the “kp” sound, which occurs chiefly in Niger Congo languages.

2. Which areas of research do you find the most compelling?

I find varieties of English—or what professional linguists call “world Englishes”—absolutely fascinating. I am intrigued by the processes by which varieties of English emerge and how, in spite of the vast stylistic and syntactical differences among the world’s English varieties, native and non-native English dialects are still, for the most part, mutually intelligible. My new book, Glocal English: The Changing Face and Forms of Nigerian English in a Global World, encapsulates my thoughts on this topic.

3. In your opinion, which technologies are having the most profound effect on how we communicate today?

In my opinion, mobile telephony and social media are not only radically altering the way we communicate, they are also eliminating the dialectal differences in languages that the limitations of time and space had imposed. Linguistic codes now travel way faster to all corners of the world than ever before. With the inexorable democratization of mobile technologies and social media all over the world, linguistic isolation, which conduces to the evolvement of dialects, is increasingly lessening.

I don’t know if the erasure of linguistic difference is a healthy development in the long run, but it’s certainly a reality. Each time I read my Facebook news feed I see many of my Nigerian friends using American youth slang expressions and even southernisms like “y’all” that they never used 10 years ago. I attribute this to social media linguistic osmosis. User-generated online dictionaries, such as Urban Dictionary, and blogs are also facilitating what one might call contra-linguistic flow—the reverse flow of linguistic codes from the periphery of the English-speaking world to its centers. It is no longer necessary to italicize non-English words in a text to call attention to their foreignness. A simple Google search is all that is needed to know the meaning of any unfamiliar foreign word.

4. In your opinion, which research methods and/or technologies used today are leading to the most significant breakthroughs in what we know about language?

I find web-based corpora, such as the 1.9-billion-word Corpus of Global Web-Based English, to be rich and invaluable resources for monitoring language usage across the world’s native and non-native English varieties. I think web-based corpora have made dictionaries more accurate and have deepened our understanding of how language is actually used—and in real-time.

5. What role does your international background play in your work?

I am from Nigeria, one of the world’s most polyglot nations whose more than 300 disparate linguistic units are ironically glued by the English language. In Nigeria, multilingualism isn’t a choice; it’s an inescapable reality. An average educated Nigerian speaks at least three languages—a minor sub-regional language, a regional language, Nigerian Pidgin English, and English. Nigerians are also exposed to both British and American English in almost equal measure, although British English is privileged in the educational system.

6. Are there any languages, natural or invented, that you’ve tried to learn but were unsuccessful?

7. Broadly speaking, what do you hope to achieve with your work?

To ease international communication in English. My weekly newspaper language columns broadly explore the differences between Nigerian, American, and British English. My goal is to enhance what I like to call multi-dialectal linguistic competence in English. I want people, especially Nigerian English speakers, to simultaneously take pride in the variety of English they speak and develop a self-awareness of their idiosyncratic dialectal usages. I want, for instance, a Nigerian English speaker to be to say “I will flash you” in Nigeria to mean “I will call your number and hang up immediately so you can have a record of my number on your phone,” but to also know enough to know that outside of Nigeria to flash someone can mean to expose one’s nudity publicly.