7 Questions to a Linguist: Framing the Issue with Dr. Julie Sweetland

Posted by Maria Khodorkovsky in Language and Culture, Uncategorized on December 9, 2015 0 Comments 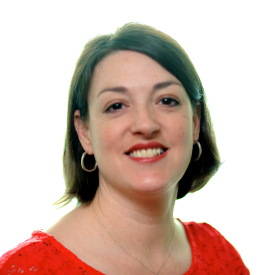 In this installment of 7 Questions to a Linguist, the focus is on an organization that crafts metaphors for more effectively communicating social issues and scientific topics. The FrameWorks Institute, a recipient of this year’s MacArthur Award for Creative and Effective Institutions (the “organizational genius grant” awarded by the John D. and Catherine T. MacArthur Foundation), was founded in 1999. Today, the independent nonprofit uses cognitive and social scientific findings to provide strategic guidance to a variety of organizations.

As the VP for Strategy and Innovation at the FrameWorks Institute, Dr. Julie Sweetland engages in this fascinating facet of linguistics every day. Dr. Sweetland spoke with ALTA about “real-world” studies, language as a tool for social justice, and a few of her most exciting peers. To read some of Julie’s work on metaphors and other communications tools for reframing social issues, check out How to Talk about Climate and Ocean Change.

1. Which areas of research compel you most today? And are they the same ones that captured your attention at the start of your career?

Right now, because of my work at the FrameWorks Institute, I’m interested in frame effects broadly, and specifically, how linguistic knowledge can be recruited to strengthen them in the interests of more powerful communication on pressing social issues. What’s the most effective metaphor for explaining aspects of climate change, or education reform, or income inequality? Which word choices signal a ‘politics as usual’ frame – which depresses public engagement – and what alternatives might appeal to the public’s sense of curiosity? When do rhyme, assonance, or phonotactics strengthen a frame element, and when might they weaken them?

Questions around applied communications research are, in some ways, quite different from the questions around dialect diversity in classroom contexts that I pursued at earlier stages in my career. At that point, I was more interested in how to apply knowledge about language variation to addressing the unique educational needs of speakers of African American Vernacular English. The common thread is figuring out how to “get upstream” of social problems by changing elements of how we talk and think about problems – and how to use what linguists know to make a difference on social justice issues.

2. Who among your contemporaries do you regard as engaging in the most unique and cutting-edge work?

To my mind, the most cutting-edge work involves finding ways to take sociolinguistic knowledge beyond the academy and into the realm of social discourse and social change. John R. Rickford does this by connecting knowledge about language variation to a variety of contemporary issues, from literacy to the law. Right now, he’s looking at how dialect-related misconceptions affected the outcome of George Zimmerman’s trial for the death of Trayvon Martin. Anne Charity Hudley and Christine Mallinson are engaging hundreds of teachers in learning about language variation, affecting the experience of thousands of students. Amanda Godley and Jeff Reaser are piloting an amazing online learning module that builds knowledge about language and power into the skill set of aspiring English teachers. Michael Erard has launched Schwa Fire, a new magazine dedicated to long-form language journalism, that is sparking interest in language and linguistics. These initiatives are pretty different from one another, but they are all perfect examples of building the relevance, utility, and visibility of linguistics beyond the ivory tower.

I’ve studied French, Spanish, Arabic, and Haitian Kreyol. I wouldn’t say I was unsuccessful, as I reached my goals for exploring them, but I never developed fluency in any of them. My destiny as a linguist was sealed when I realized that there was a path that would let me learn about language rather than learning to speak other languages.

When I was an undergraduate taking Introduction to Sociolinguistics, I was inspired by a teaching assistant who was researching the sociolinguistic manifestations of racial tension and displacement in an urban neighborhood. She encouraged me to pursue linguistics, but I objected by asking, “What if I can’t do useful, real-world studies like you’re doing?” She explained that as an academic, you get to choose your own projects – so it would always be up to me to find or create ones that matched my interests and passions. As a person who had grown up working-class, I’d always tacitly assumed that work was something “assigned” by superiors. Her simple observation was life-changing and I have followed that advice ever since.

5. Which moments have frustrated you the most throughout your career?

I have been most frustrated – well, angry, to be honest – when I have seen people be mistreated, misadvised, devalued, or dismissed because of their ways with words. For me, language discrimination is especially poignant and crazy-making when I witness it happening to children.

6. Broadly speaking, what do you hope to achieve with your work?

I want knowledge about language to be used in the interests of greater social justice. Right now, I’m contributing to that by applying my skills as a sociolinguist to the task of helping advocates change the way they talk about social issues.

How is this even a question? Definite yea. Clarity is one of the highest forms of elegance.