7 Questions to a Linguist: Scott McGinnis

Posted by Maria Khodorkovsky in Language and Culture, Uncategorized on February 12, 2016 1 Comment 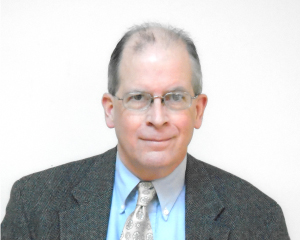 For this edition of 7 Questions to a Linguist, ALTA Language Services interviewed Scott McGinnis, Academic Advisor for the Defense Language Institute, Washington, D.C. branch, and Coordinator of the federal government’s Interagency Language Roundtable. In addition to lending his language skills to support U.S. security, Dr. McGinnis has served as President of the Chinese Language Teachers Association and Executive Director of the National Council of Less Commonly Taught Languages. Here he talks about the exhilaration of teaching for the first time, the silver lining to career roadblocks, and the experience of having Navy captains and Army colonels as his students.

Whatever form my research has taken over the last 30 years, I still remember very clearly the wellspring for just about every project and publication I’ve done. After I finished my master’s in Chinese at Ohio State University, I spent the 1984-85 academic year at what was then called Beijing Language Institute. In those days, not a lot of us non-native speakers were necessarily thinking of becoming a teacher of Chinese; the more lucrative options at that point seemed to be pursuing an advanced degree in international law or business. Moreover, I had never done any real teaching up to that point, other than at some children’s theater summer and after-school programs in my hometown and at my undergraduate institution, Kenyon College.

Anyway, if one was a speaker of genuine Midwestern American English in those early days of thawing relations between mainland Chinese and the U.S., you were a pretty hot ticket (if not a high-paid one!) as an EFL teacher in Beijing. So via family connections with my post-Beijing to-be-father-in-law, who, albeit not native Chinese, had been both born and raised in Beijing from the 1920s until the late 1940s, I found myself being asked to teach some very informal EFL classes one night a week in an apartment on the north side of Beijing.

I can most vividly and emotionally remember my feelings both during that class and on my bicycle ride home to campus that first night. Before that night, I had had no experience in teaching any language. But I remember, oh, so well, after over three decades, what an electric feeling it was when I could see a light of understanding come on in their eyes, and how exhilarating it was to know that maybe I had made a small bit of difference in their ability to communicate in English. And I knew then and there that I wanted to start doing the same thing for students of Chinese when I got back to Columbus in the fall.

In some ways, I am still first and foremost focused on ways to help students better learn a language – in the course of my first professional life, the foci of which centered on areas including phonological issues in the perception and production of Mandarin tones, the unique learning profiles of heritage language learners of Chinese, and the distinct and often clashing “pedagogical cultures” of non-native learners and native language speaker-teachers of Mandarin. However, since I shifted my employment, my research focus has centered upon issues in how the United States finds the capacity to meet its language and cultural competency needs, particularly in the LCTLs.

I guess I see myself today, research-wise, as more of an historian than a linguist. But the fact that my day job forces me to look for resources to support our DLI-W students that are studying one of 60-plus languages at any given time, coupled with my ILR responsibilities to interact with individuals and entities in all sorts of sectors – government, academic, NGO and commercial – means that I’m still working at helping learners learn better.

3. Which technologies do you believe are having the most profound effect on how we communicate today?

Clearly mobile technology, in particular the iPhone, has changed everything about not just how we communicate, but how we learn – languages most definitely included. Equally striking is that when I first started the job in 2003, the more senior students (i.e. the Army colonels and Navy captains) fought tooth and nail to resist cutting-edge technologies. They wanted PAPER flashcards, not electronic ones, and nothing more “high-tech” than a CD. Now those more senior commissioned officers not only embrace, but in fact demand, the highest standard of instructional technology available, in a highly portable form.

When I was denied tenure at the University of Maryland, a dean from another college on the College Park campus that worked with my wife gave this unsolicited advice: “Just remember – it’s not personal.” I think even if you don’t necessarily fully believe that in employment situations, it certainly makes one more realistic about what new opportunities may await. And indeed, I can now, over 15 years later, honestly and happily say that being denied tenure was the BEST thing that could have happened to me.

5. Which moments have frustrated you the most throughout your career?

See item 4 above – as well as item 1. I was so convinced that teaching Chinese in a college or university was the only thing I could ever aspire to do for a career. Having now passed the watershed point as of last year, I have spent more of my professional life not teaching Chinese than teaching it. But still being able to be, in some way, shape or form, a “teacher,” that frustration has turned into a genuine opportunity for the rest of my life.

6. Broadly speaking, what do you hope to achieve with your work?

While I know that my day job work comes first and foremost, beyond that I hope that what I have done and will continue to do for the next four months as ILR Coordinator has and will continue to facilitate a dialogue and collaboration among all the players in the meeting of our national needs in all sectors.

7. Which of your professional achievements do you believe will have the most lasting impact on the field of linguistics?

The first is a book I co-wrote with a sadly lately-passed dear friend, Tao-chung Ted Yao, of the University of Hawai’i. We spent the summer of 1986 in a long-distance collaboration on a book of games for learning Chinese. Via a genuinely low-tech approach (Ted mailing Chinese language drafts of the games from Vermont, and I composing the English equivalents on a Smith-Corona electric typewriter in our apartment in Columbus on the weekends), we produced the first draft of Let’s Play Games in Chinese – which, I discover month after month, is still being used by Chinese language teachers throughout the United States and the world. I would like to think in that somewhat small but playful way, I’m still having an impact.

The second is a report commissioned by the Modern Language Association in 2004, on which I was the token member whose e-mail address did not end in .edu, but in .mil (which sometimes left me feeling like I was wearing a bull’s-eye on both my front and back sides – even among some of my fellow committee members!). Foreign Languages and Higher Education: New Structures for a Changed World still continues to generate more heat than light in terms of paving the way for meeting those aforementioned national language and cultural needs. But I am grateful to have had the opportunity to learn so much from the other six people on the committee with which I worked, and hopeful that we have provided some small bit of candle-powered light.