Skip to content
7 Questions to a Linguist: University of Cambridge Professor Henriëtte Hendriks on Language Acquisition

Home » Beyond Words » 7 Questions to a Linguist: University of Cambridge Professor Henriëtte Hendriks on Language Acquisition 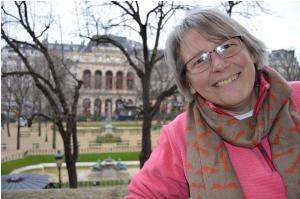 As a specialist in language acquisition, Dr. Henriëtte Hendriks is as much a professor as she is a practitioner. The Head of Cambridge University’s Department of Theoretical and Applied Linguistics, Dr. Hendriks researches the complex interactions between culture, cognition, and the way we learn languages. As a speaker of 6 herself, Dr. Hendriks has a wealth of material to draw upon. Here she speaks with ALTA about what it means to be fluent in a language, and recalls how a well-timed insight helped to take her studies in an unexpected direction.

After I finished my MA in Sinology, I was given the opportunity to apply for a student assistantship at the Max-Planck Institute for Psycholinguistics. Although I had written my MA thesis on the subject of bilingualism in the Netherlands, I had done this with relatively little support from language acquisitionists. To be able to work in the Language Acquisition group of the Max-Planck Institute (with members such as Wolfgang Klein, Melissa Bowerman, Maya Hickmann and Clive Perdue and guests such as Dan Slobin, Eve Clark, Ruth Berman), vastly broadened my horizons in this field of research, and was pivotal to my entire thinking about language acquisition, and the work I have done in the domain since.

I am still extremely interested in research on narrative construction by learners (child L1 and adult L2), and in particular, in the different skills these two populations bring to the task. Linked to the construction of narratives and the comparison of first and second language acquisition is my more general interest in cognitive versus linguistic determinants in language acquisition.

3. Which research methods or technologies used today are leading to the most significant breakthroughs in what we know about language?

This does, of course, depend entirely on what one researches, but I would say that better information about our non-linguistic behavior as measured by eye-tracking, ERPs and EEGs gives us very interesting new insights into the relationship between language and cognition.

4. Are there any languages, natural or invented, that you’ve tried to learn but were unsuccessful?

The phrasing of this question is interesting, as one would have to establish what it means to be successful or unsuccessful at learning languages (quite the debate in language acquisition research). Am I successful if I can communicate with native speakers of the language in a number of different topics of conversation, or am I successful only if my language use is completely the same as that of the native speaker?

If the latter is the norm, I have been unsuccessful at learning all 6 languages (including my native language Dutch) that I master to different extents (English, French, German, Chinese and Polish). However, in all languages I can travel through the country without any communication problems, I can tell people what I do in life, I can buy life’s basic necessities, etc. Personally, I would say that I have been successful at all 6, but to a smaller or larger extent.

5. What is the best career advice you’ve received?

When I started my studies in Sinology, I knew that I was interested in the language because it felt like a language based on very different premises, and with a very different structure compared to the European languages I had been learning at school. The Sinology department at the time started the year by giving all new students a questionnaire in which they tried to find out why they had come to study the language. The questionnaire contained questions such as: “Who is Chairman Mao?”; “What is Ming?”; “What are the smallest components of Chinese characters?”

I realized (and so did the Department) that I did not know much about China, its culture or history, but mainly knew about the language. As a result, I was told that it looked to them as if I was interested in Linguistics, and I might want to also sign up for the Linguistics courses. Having never heard about Linguistics before arriving at University, this was definitely the best bit of advice that I ever received and it has steered my career ever since.

6. Which moments have frustrated you the most throughout your career?

When researchers come from different schools or work in different theoretical frameworks, and are unable (or unwilling) to communicate their ideas as a result of that. We should all be striving to find the best answer to the research questions at hand, and not be too worried about how we get to the answers – as long as the method is solidly scientific.

7. Which of your professional achievements would you like to see have the most lasting impact on the field of linguistics?

I would like to see the work with my PhD students (more than 20 at the moment) as part of my professional achievements, and would hope that my guidance during their PhD research will have contributed to their success and will ultimately create part of my impact on the field of linguistics.