Did a Bad Translation Influence the Bombing of Hiroshima?

Posted by Manny Echevarria in Language and Culture on December 10, 2015 0 Comments 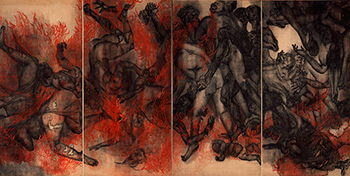 Inaccurate and culturally uninformed translations have been known to cause problems, but here is a case from the annals of history that, if true, shows the consequences can be catastrophic. A recent article by historian Sam Yamashita of Pomona College suggests that a bad translation by the Japanese War Ministry in August of 1945 may have influenced the bombing of Hiroshima.

At issue, according to Yamashita, is an Allied communication delivered as part of the Potsdam Declaration, wherein the Allied powers called for the Japanese to surrender and warned of Japan’s “prompt and utter destruction” should they ignore the call. Yamashita explains:

“The Japanese authorities studied the document, but in the end the Suzuki cabinet decided to ignore it, ‘to kill it with silence'(Mokusatsu). One of the sticking points may have been the following reference to the emperor in a follow-up message from the Allies:

‘From the moment of surrender the authority of the emperor and the Japanese government to rule the state shall be subject to the Supreme Commander of the Allied Powers.’

The phrase ‘shall be subject to’ was variously translated: the Foreign Ministry translated it as seigen no shita ni okareru, “will be placed under the restrictions” of the Supreme Commander of the Allied Powers. The War Ministry rendered it as reizoku sareru, or “be subordinated to,” the implied subordination being like that of a vassal to his lord.

The War Ministry’s translation may explain the Suzuki cabinet’s decision ‘to kill it with silence’ and the reluctance of so many at the highest levels of the Japanese government to accept the Potsdam Declaration.”

The Allies responded by dropping an atomic bomb on Hiroshima on August 6 and then another on Nagasaki on August 9.

We often advise global organizations about the importance of accurate and culturally sensitive translations; when the stakes are high, as they are in matters of war and peace, it can make a difference!

A note on the artwork: Fire II (1950) by Iri Maruki and Toshi Maruki. Paper, Indian ink, coloring. Courtesy of Maruki Gallery for the Hiroshima Panels