Beyond Words 2010 Summer Round Up

Posted by Daniel Echevarria in Language and Culture, Uncategorized on September 28, 2010 0 Comments 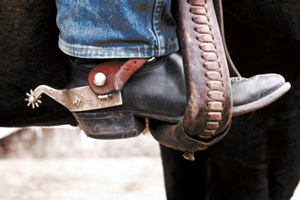 It’s that long-awaited time of year — the temperature’s beginning to drop, the leaves are starting to shift colors, and you might even be trading in your shorts for pants on the weekends. Summer is officially over.

To commemorate the seasonal change, we’re looking back at some of the best articles we posted during the heat of the summer. This round up is an excellent sample of the various kinds of articles you can routinely find on ALTA Language Services’ Beyond Words Language Blog.

From language industry news, to student resources, pop culture, and language comedy, we hope these articles leave you informed, entertained, and maybe even slightly addicted. Happy reading, listening, and watching!

Funny Talk: 5 Comedy Sketches about Language
In the mood to laugh (and possibly even learn a little bit)? Here are five comedy sketches, spanning several decades, about issues involving language and linguistics.

Chew the Fat: A Look at Cockney Rhyming Slang
If you’re anything like me, you may remember how you didn’t understand much of what Brad Pitt said during the film Snatch. This article about Cockney rhyming slang is a great first step toward learning the “vulgar tongue.”

Language and Politics: Palin Refudiates Critics
It’s still not clear after Sarah Palin’s use of the word “refudiate” in July whether or not it has entered the general lexicon, but her slip-up certainly raised eyebrows in the media. Read our commentary on 2010’s “refudiate-gate.”

The Law, Language, and Linguaphobia: New Jersey’s DWI Language Ruling
A discussion of the recent New Jersey Supreme Court case involving a less than proficient English speaker and a DWI and language case. The article examines the language policies and current trends toward linguaphobia in the United States.

The Pros and Cons of Crowdsourcing
Guest blogger and freelance Spanish to English translator, Rachel McRoberts, explains crowdsourcing and discusses both the advantages and disadvantages of crowdsourced translation projects.

Paraprosdokian: Beyond a Punchline or a Turn of Phrase
What exactly is a paraprosdokian? Is it some sort of strange extraterrestrial organism? Some sort of rare surgical procedure? The last thing we want to do at Beyond Words is confuse you — but it’s still on the list.

Currywurst: Language History in Every Bite
This article by Beyond Words’ blogger, Jes, traces the etymology, history, and cultural relevance of the German street food currywurst.

Also, be sure to check out some of our other regular features: