Posted by Maria Khodorkovsky in Language and Culture, Uncategorized on December 22, 2011 3 Comments 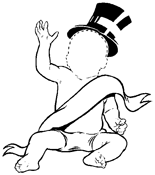 A few weeks ago, one of the Russian adults that I tutor in English cheerfully opened her door to me with the words, “With Thanksgiving!” When she saw the bemused look on my face, she added very formally, “I congratulate you with the American holiday of Thanksgiving.” After I thanked her, I launched into an explanation of why the Russian greeting template does not hold in the English language. Typically, in English, we congratulate people on their accomplishments: “Congratulations on your graduation”; “Congratulations on your new baby”; and the like. We do not congratulate one another with holidays, instead wishing everyone a happy, merry, or joyous celebration. But not all languages follow suit. Below are some deviations and permutations in multicultural well-wishing — from, perhaps, the most cross-cultural of celebrations. In honor of a certain Baby New Year’s big day, the examples compiled are birthday greetings.

My student astutely said the words “with Thanksgiving” because, in Russian, all birthdays and holidays are greeted with congratulations and shortened to “with [insert any holiday]”, like c днем рождения (“happy birthday”). Romance languages typically coincide with English, such as the Spanish feliz cumpleanos, French joyeux or bon anniversaire, and Italian buon cumpleanno. German expands just a bit with alles gut zum Geburtstag, expressly wishing someone all the best on his or her birthday. Rather appropriately, the makers of Esperanto decided to compress and simplify the greeting, but still wound up with three versions: feliĉan datrevenon, feliĉan naskiĝtagon, and feliĉan naskiĝfeston.

Many languages also take the occasion of a birthday to wish the birthday boy or girl a long life, such as the Greek χρόνια πολλά (hronia polla), meaning “many years.” Most Chinese dialects use the same format, as do many other Asian languages.

Whichever language you choose to express wishes of health, happiness, and love to those around you this winter, we at ALTA hope you enjoy a joyous holiday season!