Can Poetry be Translated?

Posted by Jes Gearing in Language and Culture, Translation on July 6, 2009 5 Comments 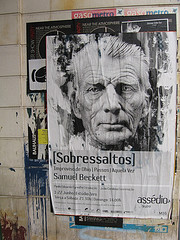 A couple of days ago B.J. Epstein posted this quotation by Samuel Johnson:

Poetry, indeed, cannot be translated; and, therefore, it is the poets that preserve the languages; for we would not be at the trouble to learn a language if we could have all that is written in it just as well in a translation. But as the beauties of poetry cannot be preserved in any language except that in which it was originally written, we learn the language.

Epstein argued that Johnson is a bit too idealistic in his belief that poetry cannot be translated and that in order to read poetry in a language other than our own, we ought to learn it. While I think there is a lot to be gained by looking at the debate pragmatically, what I think Epstein overlooked is the first sentence of the quotation: “it is the poets that preserve the languages.”

It is this question of preservation that I find most intriguing. Poetic language is certainly considered the most difficult language to translate, hence the rise of literary translation graduate degrees and organizations like the American Literary Translators Association (the other ALTA). Like medical or legal translation, literary translation requires a specific vernacular and skill.

More than language competence and sensitivity, however, is the creative faculty required of literary translators. For example, the only degrees in literary translation in the United States are M.F.A. degrees—Masters of Fine Arts. In order to obtain the degree, translation MFA candidates need not only to prove fluency in one or two nonnative languages, they must also enroll in creative writing workshops—fiction, poetry, nonfiction, etc.—which hone their own writing and instill a primary creative sensitivity to both their native and nonnative language.

What these programs realize is that literary translation is in itself an art form. A translation of Baudelaire or Celan is actually a creative reinterpretation of the poet’s original work. Literary translators have two options when translating poetry. They can either translate the work for accuracy, thus losing much of the beauty of the language (the “poetry”), or they can translate the poem for beauty, thus losing much of the accuracy. This is why so many translations of Baudelaire exist. It’s simply impossible to translate the poems in Les Fleurs du Mal for both accuracy and beauty.

Samuel Beckett is one example of a writer who generally refused to let his work be translated by others. En attendant Godot (Waiting for Godot), his most well-known play, was written originally in French from 1948-1949 and later self-translated into English for publication in Britain and the United States. Likewise, Trilogy—the novels Molly, Malone Meurt (Malone Dies), and Linnommable (The Unnamable)—was written originally in French and then self-translated into English. (Keep in mind that Beckett is Irish, his native language is English, and yet he wrote several of his major works in French which he then translated back into English). For all of his English works, Beckett personally translated them into French and refused to relinquish artistic control of them. As for other languages, particularly German and Italian (two languages with which Beckett was semi-fluent, if not completely fluent, in), he did allow others to translate, but only those who he was personally confident in (and even then he still needed to read and approve the translations before publication).

While Beckett is a rare example, I think there is something to be learned from him. Beckett realized that a translation of Godot was actually a new version of Godot, and in order for him to maintain artistic authenticity (note: not accuracy but authenticity) he himself needed to translate the work (i.e. rewrite the play in the requested language). Poetry can certainly be translated, and it is, but an authentic translation cannot exist if the poet himself does not translate his own work. As for the translations that we do read in literary journals or in translated collections, it’s important to remember that the translation is the creative work of the translator. The translator is interpreting the work in a language other than what the poem was originally written in. While the translated poem (hopefully) maintains the essence of the original poem, it is a new poem, a creative product of the translator.

So yes, Epstein is right, it would be impossible for all of us to learn every language in order to read poetry. But Johnson is also right. Poets preserve a particular language in their poems and to translate a poem is to create a different poem in a different language. While I’d like to say that I have truly read Baudelaire, I don’t think that is an accurate statement. I have read several translators’ interpretations of Baudelaire, but, given that my French is sub-par, I have certainly not read Baudelaire. One day, hopefully, I’ll get there.