Posted by Jes Gearing in Uncategorized on October 12, 2010 0 Comments 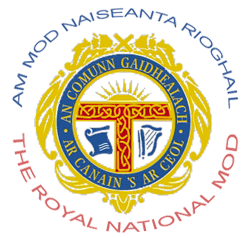 The Celtic language native to Scotland, Scottish Gaelic, is part of the Goidelic branch of the Celtic languages and developed out of Middle Irish. Spoken by a mere 1.2% of the Scottish population, Scottish Gaelic is most commonly heard in the Outer Hebrides, an island chain off the western coast of Scotland. In 1992, the Council of Europe to protect and promote regional and historic languages in Europe adopted the European Charter for Regional or Minority Languages, which classified Scottish Gaelic as an autochthonous language — a language that is native to a region and spoken by indigenous peoples but considered a minority language. Scottish Gaelic also exists in a form called Canadian Gaelic and is spoken and written in rural areas of Nova Scotia — especially on Cape Breton Island.

As a language that came into its own in the 12th century, Scottish Gaelic was once the majority language in Scotland, known as Scotis in the 13th century, Erse in the 16th century, and, eventually, Scottish Gaelic. Its rich oral and written tradition is referred to as beul-aithris, and it preserves knowledge of and adherence to pre-feudal laws and customs. Because Scottish Gaelic was drastically persecuted after the Battle of Culloden in 1746 and the subsequent Highland Clearances during the 18th and 19th centuries, the language is considered invaluable to preserving Scottish history and culture. Interestingly, Scottish Gaelic largely made the transition to a modern literary language without a well-known translation of the Bible. Although the Bible was initially translated into Scottish Gaelic in 1767, it was not widely circulated, and the language evolved towards prose fiction and poetry without that common religious component.

Recently, much has been attempted to revive Scottish Gaelic — from bilingual roadsigns, increased language lessons, to the Royal National Mod (Am Mòd Nàiseanta Rìoghail). The annual Royal National Mod festival celebrates Scottish Gaelic song, arts, and culture. Beginning on October 8 and running through October 16, this year’s Mod is being held in Caithness, a county in the northeast tip of Scotland. The Mod has been celebrated almost annually since 1892, when the choir of St. Coluba’s Church in Glasgow received great praise after a concert for Lord Archibald Campbell and decided to continue the tradition the following year. It’s founding was facilitated by The Gaelic Association (An Comunn Gàidhealac) which was organized to protect and promote the Scottish Gaelic language. The only years in which the mod wasn’t held were during the two World Wars (between 1914-1919 and 1939-1946). The festival’s location moves throughout Scotland, being held in a different county every year.

The Mod is largely a competition festival, though it’s also a way for Scottish Gaelic afficianados to gather in one place. Choral events — much like the founding concert — are held, as well as traditional music competitions for Gaelic song, fiddle, bagpipe, Clàrsach (harp), and folk music. Childrens’ and adults’ poetry readings occur, as well as storytelling competitions and Bible readings. Dramas are also performed, and awards are given for written prose and poetry. Another highlight is the Mod Cup, a shinty competition (shinty being a team sport like field hockey played with sticks and a ball) battled between the two shinty teams closest to the Mod’s location. Unofficially, the Mod is referred to as the “whiskey Olympics” for its partying and festive mood, and another event, the Mod Fringe, occurs at the same time in which local venues host events not official to the Mod.

For more information on this year’s Royal Mod, or to view videos from last year’s, visit An Comunn Gàidhealac’s website or the Mod’s video website.