Corporeal Etymologies: A Linguistic Look at the Body by Way of the Germanic and Romance Languages

Posted by Maria Khodorkovsky in Language and Culture on July 25, 2013 1 Comment 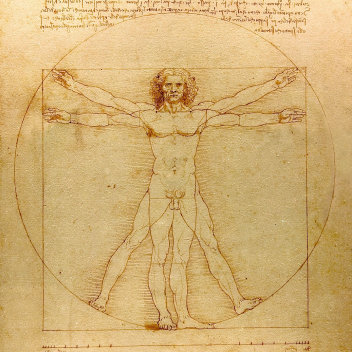 Why is an activity carried out by hand done “manually”? The arm’s terminus is called a hand in every Germanic language – with only minor variations like the Icelandic hönd — yet describing acts in which the hands are indispensable requires borrowing from Latin. The Latin word for hand, manus, carried over into the Romance languages — the French main, Spanish and Italian mano, Romanian mână, and Portuguese mão, while retaining its echoes in the adjectives we use to describe things done by hand. The following corporeal etymologies go arm in arm and cheek to cheek as their differences in derivation illuminate the interconnected nature of languages past and present.

The feet, while enduring more orthographic diversity than the hands among the Germanic languages, follow a similar pattern: the Norwegian and Swedish fot, the Dutch voet, the Danish fod, the Icelandic fæti, and the German Fuß. Yet podiatry – the study of the lower extremities — is also uprooted from a different language family. The Latin pedis made its way into the Romance languages as pie in Spanish, pied in French, piede in Italian, pé in Portuguese, and picior in Romanian, but the Proto-Germanic blend of Norse, Saxon, and Gothic took hold in English.

At times, however, English veers from its Germanic kin and follows lockstep with the Romance languages. Such is the case with the word stomach, derived from the Latin stomachus. While the Germanic languages opted for variations on the Proto-Germanic magon, referring originally to any sort of bag or pouch, English and the Romance languages held fast to their Latin antecedents.

As a final glimpse into the body’s etymology, we turn to the heart. Here again we find two distinct sets of origins: the Proto-Germanic and the Latin. From the former, German derives Herz, Icelandic and Swedish hjarta, Danish and Norwegian hjerte, and Dutch hart. As before, the field of medicine provides clues into a Latin provenance with the practice of cardiology. The Latin cardiacus gave rise to the Spanish corazón, Italian cuore, Portuguese coração, Romanian cord, and French cœur.