Posted by Jennifer Young in Language and Culture, Language Training on September 27, 2012 2 Comments 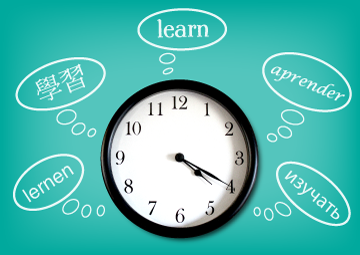 Knowing foreign languages can help people get their dream jobs, make important business deals, or even meet the loves of their lives. For much of European history, being proficient in other tongues was a no-brainer for the educated classes. It was part of their upbringing and culture; travel between countries was essential for trade, and it was expected that a civilized gentleman learn a useful set of languages to be successful. This trend continued in the United States when European influence was strong, but today one must squeeze in the commitment to learning a language between English-based work, home, and social life. The U.S. has a reputation for being behind other countries in multilingualism. Whether or not that’s actually true, there is a noticeable effort being made to catch up. Fast-track language learning programs have emerged with the promise of impressive results in a short amount of time.

In order to become competitive in his profession, for example, opera singer Gabriel Wyner claims he mastered three languages in just a few years. Through his custom-designed, four-step method, he says he achieved proficiency in French, German, and Italian by spending at least 30-60 minutes a day on each language, one at a time. Here’s a summary of his method:

According to the article, Wyner was able to reach a level C1 on the Common European Framework of Reference for Languages scale – effective operational proficiency – the equivalent of a level 3+ on the International Language Roundtable scale that ALTA uses. Now he’s taking on Russian, and expects to be fluent by the end of this month.

The Pimsleur approach makes an even more ambitious declaration. The ads labeled “Language Professors Hate Him!” with a picture of a smug academic may be familiar:

Compared to these timeframes, spending years in intense language training seems like a complete waste of time. Or is it? It’s true that it’s possible to “learn” a language over the course of 10 days, or in 30-60 minutes a day for 5 months – just by studying it, you are learning – but how much you’re learning depends on other factors.

A good estimate – and one used by language experts – on the time it takes to become fluent in a language is about 10,000 hours of consistent training. This number is based on a 2007 psychology study by Dr. Anders Ericsson and his colleagues at Florida State University describing what it takes to become an expert on a subject, popularized in the book “Outliers” by Malcolm Gladwell. Let’s take the Pimsleur 10-day program, and assume that each day, about 1 hour is spent using the 4-CD set. That’s 10 hours – 1,000 times off the 10,000 hours needed to be an expert. It could be a good start, but it’s doubtful that linguists are sending flame mail to the creator, Paul Pimsleur, for stealing their pupils. Even Wyner’s method leaves us shy 9,850 hours.

As a yardstick, a full two years spent in a country where the target language is spoken would result in about half the hours needed to be truly fluent. Linguists agree that long-term immersion in the target language is the only way to guarantee reaching a level of expert knowledge. Taking only classes in school won’t cut it either: assuming an average of four hours per week for a 24-week school year gives us 96 hours. Even after studying a language from kindergarten to 12th grade and four years of college, that’s still only 1,632 hours. The 10,000-hour rule may not be a perfect estimation of learning time – some people, especially those who are already multilingual, could potentially reach a professional level with less – but the fact that no other method besides immersion can come even close to that number is a good indicator that it’s the most effective means of being able to utilize language skills flawlessly.

Returning to the story of opera singer Gabriel Wyner, his profession requires him to sing the languages from a written script of song lyrics. For this purpose, his method may suffice. But after the initial learning method is complete, how does one maintain the alleged C1 level – if, considering the small amount of time spent, that level can even be attained in the first place? There is a big difference between reading words on a page and interpreting a long dialogue between two people who can’t otherwise understand one another. Wyner, Pimsleur, and other new age pioneers in fast-track language learning have created the illusion that knowing basic grammar and vocabulary and taking a vacation to Paris for a few weeks can result in French skills good enough for professional use. It takes time and patience to become a language expert and complete the intense immersion required to reach an operable level. Regardless of what clever advertising claims, learning a language is just as hard as it has always been.