Dubbing Fails for Popular Hollywood Films (and one surprising hit)

Posted by ALTA Language Services in Translation on October 30, 2018 0 Comments 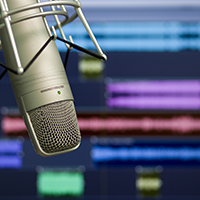 Multilingual dubbing is a profitable business in the modern film market. As a result, many movies today are dubbed into as many as 30 or 40 different languages from around the world. This is especially true of many films from the United States, as they tend to be popular in various countries around the globe. When a movie is translated from one specific culture and language into many various ones, there are bound to be some miscommunications and confusing interpretations throughout the process. Here are some very famous movies from the United States whose translations in certain countries failed due to cultural misunderstandings.

If you are looking for trustworthy foreign language voice-over artists, look no further. ALTA Language Services offers professional voice-over and dubbing services with voice-over artists who are native language speakers and linguistic experts. This means that all translations are culturally, contextually, and linguistically accurate with no room for misinterpretation. Contact us today for a free quote!

Lindsey J. Flagg is a freelance writer who lives in Schererville, Indiana. She holds her Bachelor of Arts in Communication from Purdue University Northwest, where she also completed a Minor in Media & Culture. Her interests lie in cultures, media and travel.