EEG Study Examines the Brain as it Skips Semantics

Posted by Maria Khodorkovsky in Language and Culture, Uncategorized on February 11, 2013 0 Comments 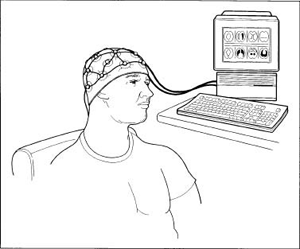 Getting through day-to-day life requires a multitude of shortcuts and heuristic devices. Consciously or subconsciously, we save time by skimming pages, half-listening to lectures, and multitasking whenever possible. Similarly, our processing of language demands glossing over certain semantic variations in order to quickly and efficiently glean meaning from the bevy of information we receive every minute.

A recent study conducted by professors Hartmut Leuthold and Anthony Sandford at Glasgow University examined these semantic timesavers using electroencephalograpy (EEG) technology. Researchers analyzed the brain activity of volunteers provided with 135 examples of anomalous words in an attempt to discern what neural processes accompany semantic illusions. Examples drew from the popular “Moses Illusion” (“How many animals of each kind did Moses take on the Ark?”) to include “After a plane crash, where should survivors be buried?” and “A ten-year sentence was given to the victim, but this was subsequently appealed.” While the terms in these sentences fit the general context and lull the listener into a false sense of comprehension, they do not make sense upon closer inspection.

Upon examination of EEG results, researchers found that the higher the cognitive load – achieved with more complex questions or multiple tasks at one time – the more likely the test subject was to simply miss the semantic anomaly altogether. Known as shallow processing, this phenomenon has to do with the extent to which the inconsistent word fits the overall context of the sentence. Shallow processing is so deeply embedded in our behavior that brain scans showed difficult-to-detect anomalies did not register any neural recognition on the part of the volunteers. More easily-detected anomalies – ones that clearly did not fit their given contexts – elicited at least a measure of unconscious neural recognition by the volunteers. Accordingly, researchers were able to establish a distinction between the way the brain processes simple and complex anomalies.

The study provides several useful pieces of advice that can benefit people in becoming more apt listeners and communicators. As listeners, we can utilize these findings by avoiding multitasking when reading or listening to critical information. As speakers, we should emphasize key words in order to impress upon the listener’s memory their importance. As writers, we may structure sentences in such a way as to place crucial information first, so that it is less likely to be missed. While modern life requires shallow processing at times, remaining aware of this occurrence reduces the risk of overlooking or misinterpreting vital information.