Posted by Maria Khodorkovsky in Etymology, Language and Culture, Uncategorized on January 28, 2013 0 Comments 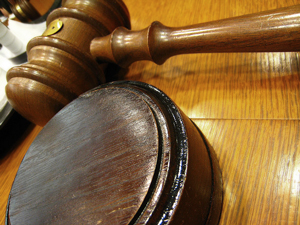 Legalese – the bone-dry and tortuous language of the law – can be as mystifying as it is ubiquitous. To help our readers parse some of the more common and curious legal terms, below are their Latin roots.

a posteriori: A phrase used to describe an argument derived from experience, it means “from later.”

a priori: A phrase used to describe an argument that is independent of experience and relies on previous knowledge, it means “from earlier.”

ad coelom: An abbreviation of a longer phrase, it means “to the sky” and represents the principle that whoever owns a plot of land owns it “up to Heaven and down to Hell.”

ad hoc: A phrase used to designate a solution or group gathered to address a specific issue, it means “for this.”

ad hominem: A phrase describing an attack on an opponent’s character rather than a response to the argument presented, it means “at the person.”

ei incumbit probation qui dicit: This phrase, meaning that the burden of proof is on the person who asserts a crime rather than denies it, is the basis of the principle of innocent until proven guilty.

exempli gratia: Usually abbreviated as “e.g.”, this phrase means “for the sake of example.”

flagrante delicto: A phrase that refers to the act of committing a crime, it means “blazing offense.”

mens rea: This phrase refers to one of two requirements for proving guilt: a “guilty mind”, or criminal responsibility.

modus operandi: Abbreviated as M.O. in colloquial English, this phrase means “manner of operation” and refers to a person’s particular way of doing something.

persona non grata: A phrase used to refer to unwelcome persons, usually in a diplomatic capacity.

pro bono: Meaning “for the public good”, this phrase refers to work done for free.

quid pro quo: A phrase designating an exchange of goods, services, or money, it means “this for that.”

sine qua non: A phrase that refers to an event essential to all subsequent consequences, it means “without which, nothing.”

subpoena: A common summons, it refers to an action done necessarily “under penalty” for failure to do so.

veto: A word referring to executive power to prevent an action, it means “I forbid.”