Going Public: The Evolution of a Common Term

Posted by Jes Gearing in Language and Culture on August 11, 2009 0 Comments 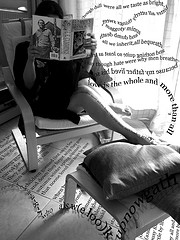 Like most of our readers, I look forward to the weekly “On Language” columns in the New York Times—if only for the reason that it’s one of the places I actually enjoy reading political news and commentary. So, last week when Jack Rosenthal explored the rising use of the word transparency as it is related to public, my interest was piqued—what exactly does public, a word I use so frequently, mean?

I’m used to defining the word public in a certain way: a resource available without restriction to all—water, air, common land, the open seas, etc—what the Oxford English Dictionary defines as “Of or relating to the people as a whole; that belongs to, affects, or concerns the community or the nation.” The more general definition of public, however, is simply something/somewhere that is “open to general observation, view, or knowledge; existing, performed, or carried out without concealment, so that all may see or hear; [one] that acts or performs in public.”

Public, of course, is used in various ways specific to certain industries or people. In the market we define going public as selling company shares to new investors for the first time, turning a private company into one controlled by shareholders. We also have public figures, prominent, well-known individuals. Universities hold public examinations and public lectures. There is Public Law, a law that applies to everyone in a particular State, public assistance like public housing—financial and physical resources provided by the government to those in need—and public affairs, the service and activities of a community or nation. The list of the uses of public goes on and on.

Rosenthal, however, seems most interested in the definition of public as a book or a piece of writing that is published, i.e., “made public” or placed in the public domain. In examining the rising use of the word transparency in the political domain—“We will work together to ensure the public trust and establish a system of transparency” (President Obama)—Rosenthal points out that as “the flood of information rises ever higher, and the word public becomes ever more corrupted.” With government records increasingly stored in computers instead of filing cabinets, more and more individuals are arguing for internet accessibility to material. Just one example, Rep. Steve Israel (D. New York) is drafting federal legislation that would redefine public to mean “searchable and readable online.” Even the OED hasn’t evolved to that technologically inclusive degree.

It will be interesting to see if Israel’s legislation passes and if public acquires a new legal definition in the United States. Of all the words that are constantly evolving to meet the demands of a globalizing and technologically advancing world (I’m still astounded at the use of google as a verb) public seems to be the one to watch, and not just in the political but also the environmental and literary spheres.

–
Photo:
at home with e.e. cummings
by Olga Sgr