The Language and Casting of Oscar-Nominated Roma

Posted by Janet Barrow in Language and Culture on February 14, 2019 0 Comments 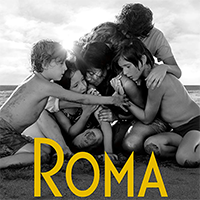 The Oscar nominations are out and, as language-lovers, we’d be remiss not to talk about one of the front-runners for Best Picture, Roma, which has also garnered nominations in the categories of Best Foreign Language Film, Best Director, Best Actress, and Best Supporting Actress. Roma, a mixed Spanish and Mixtec-language film, is tied with Crouching Tiger Hidden Dragon (2000) for the most Oscar nominations ever received by a foreign-language film. And its lead actress, Yalitza Aparicio, is the first indigenous woman and the second Mexican woman ever to be nominated for the Best Actress Oscar, following Salma Hayak for her role in the 2002 film, Frida.

The film, which is set against a backdrop of political upheaval in 1970s Mexico, follows the story of Cleo, a live-in domestic worker in an upper-middle class home in Mexico City. Cleo hails from Oaxaca, and converses intermittently with her fellow housekeeper, Adela, in a Mixtec language, one of around fifty spoken by the indigenous people in the Mexican states of Oaxaca, Peubla, and Guerrero.

What is Mixtec and Who Speaks It?

In addition to its smooth, dreamy aestheticism, Roma has been praised for bringing issues of racism and language discrimination towards indigenous populations in Mexico into the spotlight. Although Mixtec and other indigenous languages are designated national languages in Mexico, federal law requires that all dealings with the state be conducted in Spanish. Because many Mixtec communities live in relative language isolation and do not speak Spanish, they are often unable to negotiate better working conditions and wages, or even to defend their most basic civil rights. This is true in the United States as well, where it is estimated that up to one fifth of the half-million Mixtec language speakers reside. Most of them work in agriculture in Southern California, where they are vulnerable to exploitation and often live in extreme poverty.

Additionally, many speakers of Mixtec languages are illiterate. Although the Mixtec developed their own logographic writing system in around 1,000 BC, which they used to record history, genealogy, and myths, most of their codices were destroyed during the sixteenth century, when they were conquered by the Spanish, and knowledge of their written language quickly disappeared.

There are believed to be approximately fifty varieties of Mixtec, though differing linguistic criteria on what constitutes a separate language versus a dialect makes it difficult to make definitive claims on a number. The geographical mapping of Mixtec languages mirrors the complicated, nearly untraceable, history of indigenous populations in Mexico. Rather than a gradual geographical drift that turns different dialects into different languages across distance, it is common to find Mixtec languages that are mutually unintelligible – typically as different as any two members of the Romance language family – just a couple of miles apart from one another.

Like Chinese, Japanese, or Hebrew, Mixtec languages are tonal, meaning that words are assigned different tonal inflections, which in turn produce different meanings. To give an example, in Mandarin Chinese, which has four tones, you can have a sentence like the following: Māmā qí mǎ. Mǎ màn, māmā mà mǎ, which means, “Mother is riding a horse. The horse is slow, mother scolds the horse.” Each tonal inflection produces a different meaning. Some varieties of Mixtec are considered amongst the most complicated tonal languages in the world because they use so many different tones. Chicahuaxtla Trique, perhaps the trickiest of all, has at least ten tones, and, according to some observers, up to sixteen.

Roma is directed by Alfonso Caurón, whose last film, Gravity, starred Sandra Bullock and cost $100 million to produce. Caurón has really parred down in Roma, which is based on his childhood and dedicated to the live-in nanny he had during the seventies, Liboria “Libo” Rodriguez, upon whom the character of Cleo is based.

More than three-thousand woman tried out for the role of Cleo during Caurón’s rather unusual casting process. He started off with a casting call in Mexico City, which, in recent years, has become home to Mexico’s largest indigenous population, due to the pervasiveness of extreme poverty in rural areas. However, Caurón quickly found that many of the indigenous woman that auditioned in Mexico City seemed to have lost the ‘rural aspect’ that had characterized Libo when she first moved in with his family in the early seventies. He decided to go looking for his protagonist in rural Mexico, a process made difficult by the fact that many communities to which he traveled had never held casting sessions before and were wary of Caurón’s motives, often suspecting that the production was really a front for a human trafficking operation. It didn’t help that Caurón’s identity was kept a secret, and the film was described vaguely as “an intimate sort of family project in Mexico City.”

Yalitza Aparicio, the woman who ultimately starred as Cleo, was a pre-school teacher who had never acted, nor even contemplated acting, before Roma. She accompanied her sister to the casting call on a whim and then took her place when her sister suddenly got cold feet. Instead of auditioning with a script, she was asked to answer a series of questions, such as “Have you ever fallen in love?” or “Do you believe in God?”

In addition to it being her first acting gig, Aparicio said she also had to learn the language she’d grown up hearing: “The thing that I learned was how to speak Mixtec, which is a language that I had grown up listening to, but I didn’t actually know how to speak. Nancy, who plays Adela in the film, was actually my teacher.”

The variety of Mixtec spoken in Roma is common in Oaxaca, and non-Spanish/Mixtec-speakers can tune into the sound differences in the film by paying attention to the subtitles – brackets indicate that the actors have switched into Mixtec.

According to Mexico’s National Indigenous Languages Institute, more than three-hundred and sixty indigenous languages, belonging to sixty-eight linguistic groups, are spoken in Mexico. Sixty-four, however, are currently considered endangered, including some Mixtec languages. Though recent years have seen a surge in efforts to preserve indigenous languages and do away with language discrimination, language homogenization and extinction remain huge issues in Mexico. As a language lover, I find that some of the best work that a film like Roma can do is draw attention to these issues and put in the work to make sure that languages like Mixtec are here to stay.

Janet Barrow writes about the places where language meets history, culture, and politics. She studied Written Arts at Bard College and has fiction work forthcoming in Easy Street. Recently, she completed a diploma in medical interpreting. Raised in Minnesota, she currently lives in Lima, Peru.