Posted by ALTA Language Services in Uncategorized on April 2, 2020 0 Comments 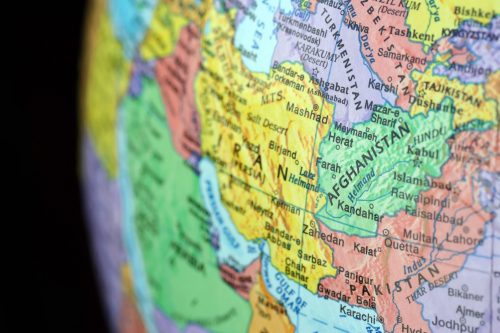 The Baloch people are an ethnic group that live in Pakistan, Iran, and Afghanistan. Historians believe this group originated from the southeast Caspian region.
Most Baloch people speak Balochi, which is also referred to as Baluchi. This is one of the oldest Iranian languages still spoken today.

Ready to learn more about the Balochi language? Check out these five fascinating facts!

There are 3 main dialects of the Balochi Language

Balochi dialects fall into three categories: Western, Eastern, and Southern. People in the northern parts of Iran and western parts of Pakistan speak the Western dialect. Balochi speakers in the southern parts of those countries use the Southern dialect. Eastern Balochi is not as unified and tribes throughout the Middle East use this dialect.

The earliest known Balochi poetry appeared in the 15th century. Balochi people preserved this poetry with a variation of the Persian script. In the 18th century, a royal court poet named Jam Durrak wrote Balochi poems that are still recited today.

You can receive a Masters Degree in the Balochi language

It is difficult to estimate how many people speak Balochi

Researchers estimate that anywhere from 5-10 million speak Balochi globally. Unfortunately, it is very challenging to get a better idea of how many people speak Balochi. Census information is not always as reliable in the areas where people speak Balochi. It is reasonable to assume that millions of people throughout the Middle East still speak this ancient language.

Sayad Zahoor Shah Hashemi is considered the Father of Balochi

Balochi existed only as an oral language for hundreds of years. Throughout history, writes used Latin and Arabic scripts to record Balochi poetry. In the 20th century, the scholar Sayad Zahoor Shah Hashemi dedicated his career to the Balochi language. He worked to develop a unified Balochi spelling system. He created the first Balochi dictionary known as the Sayad Ganj. Many educational institutions have been named in honor of this influential Balochi scholar.

Balochi is a fascinating language spoken throughout parts of Iran and Pakistan. Although three dialects exist, the Western dialect is mainly used for written communication. If you want to learn more about Balochi translation services, feel free to contact us today.

Stephanie Brown is a New York City-based travel blogger and freelance content creator. You can find her at The Adventuring Millennial.