How I Learned the Word Careless

Posted by Stephanie Wiley Cork in Interpreting on August 16, 2017 0 Comments 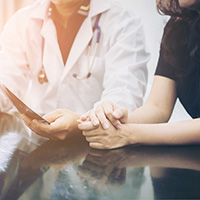 The word for liver in Spanish is always “hígado.” It’s comforting to go into an interpreting scenario with a head full of medical vocabulary in two languages. After a few months of working at a hospital, I started to memorize the predictable questions that are asked when a person comes in through the emergency room. I can recite the discharge instructions for a woman who’s just given birth. I know the cadence of an anesthesiologist’s pre-op questions: “What’s your name and date of birth? Do you have any loose, chipped or false teeth? Are you allergic to latex? When was the last time you had anything to eat or drink?”

But any interpreter will tell you that not every interaction will follow these patterns. These scripted conversations will sometimes give way to something more nuanced. People talk about their emotions, their experiences, their fears, and it’s our job to communicate those things as well.

I interpreted once for a woman who’d been involved in a terrible car accident. Her injuries were extensive, and one of her limbs had to be amputated. She was devastated. At one point during the interpretation, she looked directly at the provider and said, “Esto me pasó por descuido de alguien.” Tears streamed down her face, but her voice was steady, full of quiet anger and frustration. I interpreted into English, “This happened to me because someone wasn’t careful.” As I spoke, I had a nagging feeling that I hadn’t gotten it just right. I knew there was a better word for “descuido” than simply, “not careful,” but I couldn’t come up with it.

I decided that because my interpretation was good (not great) and because the situation was so emotional, it would have been too disruptive to take out my phone to look for the perfect word. When we were finished, I walked out with the provider. A quick search gave me the word I was looking for- careless. The more accurate interpretation would have been, “This happened to me because someone was careless,” or “This happened to because of someone’s carelessness.”

Afterwards, I thought about how those two interpretations sound similar, but have different connotations. To me, “This happened to me because someone wasn’t careful,” carries less weight. It made it sound like the amputation happened as the result of an accident. Someone wasn’t paying attention. There’s less implied responsibility in that sentence.

“This happened to me because someone was careless” puts more agency on the person who caused the accident. The word careless feels like an implication of character. Someone made a deliberate choice not to be careful, a deliberate choice to check their phone while driving, and the result of that choice was the amputation of this patient’s limb.

When I took my medical interpreter course, I spent hours reviewing homemade flashcards of medical terminology in Spanish and English. I logged technical vocabulary away in my memory but I never thought to look up words like “careful” or “careless” and memorize them. “Carelessness” was added to my vocabulary as a direct result of this conversation.

This is why interpreting can be humbling. You study as much as you can, but there will inevitably be words that catch you off guard, words that you haven’t prepared for. Even after years on the job, you can still be derailed by a single word. The good news is that you learn from these experiences. This is how you grow. You absorb as you go. You make notes and look things up and collect phrases and words on scraps of paper and store them away to study later. And the next time they come up, you remember.