Learning English across the Globe: Results of the 2011 English Proficiency Index

Posted by Maria Khodorkovsky in Language and Culture on May 11, 2011 1 Comment 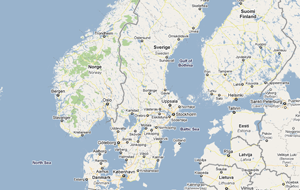 The British company Education First has compiled a worldwide English Proficiency Index (EPI) in conjunction with the Cambridge University Research Centre of English and Applied Linguistics. The index collected data from 2.3 million adults who took free online English tests over a period of 3 years. According to Education First, this group of test takers is so diverse and the entry barrier to taking an online test is so low, that the resulting scores are more representative of the average English level of adults than other worldwide English tests previously used to compare countries. The relevance of this study becomes apparent when one considers the growing numbers of English-language students around the world: The study estimates that two billion people will be studying English in the next decade. Results for 2011•as well as an overview of methodology and rationale•are in.

It should come as no surprise that the Scandinavian countries are in the lead. The EPI ranks Norway as the country with the highest English proficiency, followed by the Netherlands, Denmark, Sweden, and Finland. All of these countries require English to be a student's first foreign language, and the results of early, compulsory education in this arena garner positive results. European countries such as Germany, Spain, and France follow closely, but there are certain unexpected additions to the Top 20, such as Malaysia, Poland, South Korea, and the Czech Republic. At the lowest end of the index are Thailand, Turkey, and Kazakhstan.

The EPI also cites reasons for the importance of English-language education, the most critical, perhaps, being an increase in foreign capital investment. The study found a positive correlation between English proficiency and per capita export revenues, as well as a 30-50% salary increase among similarly-qualified employees who speak English better than the regional average. Countries that exhibit higher English proficiency, in turn, are able to invest more funds into general education and language education in particular to propel a cycle of growth. The study cites lack of government funding and lagging educational reforms as the primary causes for lower English proficiency.