Oh Thou, Where Art Thou?

Posted by Tetyana in Interpreting, Language and Culture, Translation on January 28, 2010 3 Comments 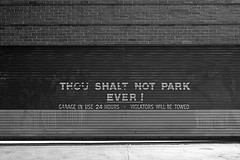 The formal singular pronoun is used to express respect to an addressee, whether it is a superior, an older person, a business partner, or a new acquaintance. The informal pronoun, conversely, establishes a sense of closeness and trust among friends and relatives. There is a very special—even intimate—moment when the formal pronoun suddenly changes to its familiar form in the middle of the conversation; or there is a reverse effect of chilling distancing when the formal pronoun is uttered in place of the familiar. Interestingly, most European languages preserve the distinct forms of polite and familiar personal pronouns. In Modern English, however, the practice became largely obsolete.

A similar form of both formal and informal pronouns exists in almost every Indo-European language. Here are a few examples:

In linguistics, the practice of distinguishing personal pronouns on the basis of familiarity and social courtesy is referred to as a T-V distinction, from the first letters of Latin pronouns tu and vos. Common to most of the Indo-European languages, the formal singular pronoun derives from its plural form. Addressing someone in plural has been a universal symbol of inexorable power and authority. According to some sources, the first record of addressing a superior in plural dates back to the Roman Empire during the 4th century. Later, plural pronouns began to be commonly applied to the European aristocracy—so-called “majestic plural.”

In Old English, second-person pronouns thou and you derived from the plural ye. Originally, thou was simply a singular counterpart to ye. The Norman Conquest of 1066 AD marked the age of the French language influence on English. Thou—just like its French version tu—was used to express familiarity, affection, or even condescendence, while the plural ye was reserved for a superior during a formal address. Starting in the Middle English period (mid 15th century), ye gradually generalized to you, which became a standard in both plural and singular forms with no distinct connotation of familiarity or social distance. Thou, which was losing its prominence in the early 17th century, is still preserved in some regions of England and Scotland; it is also commonly used in religious context.

This can pose a challenge to translators and interpreters. They must be aware of the cultural and social circumstances that require a more formal tone to avoid an insulting statement and, at the same time, to avoid archaic and awkward wording. It is even more difficult to reflect the subtle nuances and shades of meaning that accompany the two forms of pronouns. One way to ameliorate the problem is to reserve to the so-called compensating translation. Using a first name or a nickname instead of honorifics or using some informal phrasing, one can “compensate” for the lost meaning or implication.