Posted by Jes Gearing in Language and Culture on July 7, 2009 0 Comments 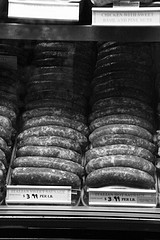 Obama’s two-day visit to Russia has generated a lot of press these past few days. His trip focused on rebuilding relations with Russia by discussing a new trade partnership, missile security, and global affairs. The latter two were more successful topics, Russian President Dmitry Medvedev and President Obama signed an agreement in principle to cut both U.S. and Russian strategic nuclear arsenals by one-quarter as well as another agreement which will allow the U.S. to send troops to Afghanistan through Russian airspace. The first, a trade deal, was not so successful, but it looks like one might be forthcoming in the coming months.

While all of this information is interesting, and largely available via The New York Times, The Washington Post, or any other American news source, what is more fun is the plethora of Russian interviews, video clips, and articles I’ve been able to access over the past three days. It seems like the Russian media is more readily available in translated form when the U.S. President is visiting Russia than any other time of the year (although I have to admit that before now I wasn’t looking too hard), which brings me to my metaphor of the day: “sausages in exchange for freedom.”

This lovely bite is brought to us via Novaya Gazeta and President Dmitry Medvedev’s first interview with the paper (apparently it has been a harsh critic of the current administration). The interview focused on the idea of a “civil society” in Russia and the concept’s relation to economic prosperity or, in the current situation, economic disparity. So what exactly did Medvedev mean by his delectable metaphor?

NOVAYA GAZETA: For a few years now there has been an unspoken contract between state and society (or, more precisely, the majority of society): the state provides a given level of comfort and well-being, and in exchange society remains loyal to the state.

It turns out that “sausages for freedom” is just the Russian way of talking about the State’s power over (or responsibility for) its citizens—“don’t bite the hand that feeds you” comes to mind. Medvedev further contextualized the statement by the idea of the social contract (a la the Hobbes and Locke):

You can not oppose democracy and well-being. On the other hand, it is clear that the inalienable rights and freedoms of the individual and citizen may be in jeopardy if society is unstable, if the elementary needs of individuals are not provided for, if people do not feel secure, if they do not receive their wages, if they are unable to buy basic foodstuffs, if their lives are threatened.

However you want to interpret Medvedev’s promise of Russian freedom and prosperity (I’m no expert on these matters), do remember to throw “sausages for freedom” into a conversation at some point today. I think it really ought to catch on in the everyday vernacular.

Check out the full interview (in English) here