Self-Care Practices Around the World

Posted by Maria Diment in Uncategorized on September 26, 2019 0 Comments

Long before the term “self-care” was even a glint in the eye of a social media influencer, people around the world were using the resources available to them to follow simple wellness practices. These days, treating yourself to everything from manicures to Amethyst Infrared BioMats is marketed as self-care. Yet self-care practices don’t have to be complicated or expensive in order to accomplish the goals of physical and mental wellbeing. For a broader perspective, take a look at some wellness practices from seven countries around the world. 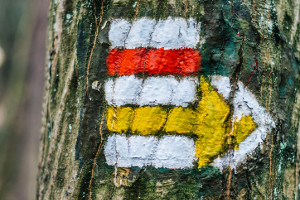 It may sound like a generalization to say that Czech people love hiking, but Czech people love hiking. That is, when they’re not spending the weekend practicing a more extreme sport like wind surfing or rock climbing. The Czech Hiking Club, an organization dating back to 1889, is responsible for immaculately maintaining one of the densest and most elaborate trail marking systems in the world. The trails are all connected, marked for difficulty, and span the entirety of the country. All that cardio on uneven terrain and the parade of scenic views available in the Bohemian countryside benefits both physical and mental health.

How to do it: A Czech hiker is always prepared. Bring light layers, lunch, a snack (in my opinion, this needs to be something a little heartier than the Czech favorite spa wafers), a water bottle, an extra water bottle, a map, and a buddy. 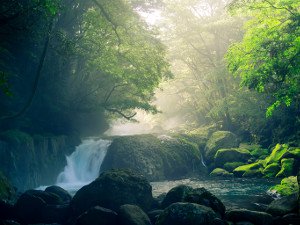 In Japanese, Shinrin means “forest,” and yoku means “bath.” This practice also takes place outdoors (near trees, an actual forest is not required), but is quite different from the ardent striding recommended above. Bathing in the forest atmosphere isn’t about literally bathing; it’s about taking in the forest through all of your senses, and since the 1980s it forms an integral part of preventive healthcare in Japan. Researchers have established a robust body of scientific evidence connecting spending peaceful time outdoors with boosted immune system functioning, reduced blood pressure, increased ability to focus, improved sleep, and more. According to a 2001 EPA study, the average American spends 93% of his or her time indoors (and this was before Netflix).

How to do it: Try to leave your phone at home. If that feels unsafe, set it to airplane mode. Take some very deep breaths and look around, taking in the natural scenery with your senses. You are going to be walking slowly and aimlessly. If a picturesque spot to sit down and gaze dreamily into the middle distance presents itself, by all means take advantage. Resist the urge to take selfies. 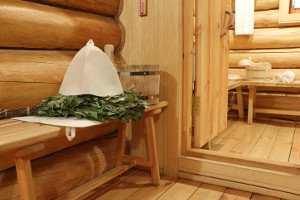 William Tooke, a British member of the Imperial Academy of Sciences at St. Petersburg, observed: “In general, the common Russian uses but few medicines; supplying their place in all cases by the sweating bath, a practice so universal among them…” In Russia, sweating is synonymous with health. When I got sick as a child, my mother would force me to sit under a blanket with a pot of just-boiled potatoes and breathe in the steam, sweating as much as possible. It follows that the banya (a word used to refer to both public bathhouses and steam rooms) has held an important place in Russian culture since ancient times. While popular culture might give the impression that the banya is all about day drinking and getting beaten by a broom (venik), Russians take the banya experience very seriously. In January 2018, Oymyakon (in northeast Russia), considered the world’s coldest permanently inhabited town, recorded a low temperature of -66 degrees Celsius (-88 degrees Fahrenheit). Taking things to the opposite extreme, Russian steam rooms easily reach a temperature of over 93 degrees Celsius (200 degrees Fahrenheit). In this kind of environment, drinking alcohol would serve to accelerate dehydration and lightheadedness. Russians recommend drinking warm tea in the banya, rather than vodka or cold water, as it stops the core body temperature from dropping and preventing you from sweating (remember, sweating is the ultimate goal here).

How to do it: If you find yourself visiting a Russian banya, take your cues from the seasoned patrons around you. Men and women are separated, and wearing a swimsuit while everyone else is naked would look very odd. Wrap yourself in a large cotton or linen sheet and make sure to wear one of the felt hats (you want to raise your body’s temperature, not cook your brain), which will buffer your head from the extreme heat. Opt in for a gentle lashing by the birch tree venik (sometimes oak and eucalyptus leaves are also mixed in), which Russians insist is good for the skin and the circulation. 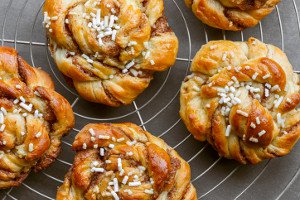 This is not your average rushed afternoon caffeine jolt. Fika is a state of mind, an atmosphere, and an institution even in places like the Volvo factory in Sweden, where there is a mandated break in the afternoon for colleagues to enjoy a coffee and something small to eat together. Swedes are one of the world’s largest coffee consumers, and the variety of Fika-compliant pastries is stunning. Many team leaders regularly bring fresh-baked Fika pastries from home to share at the office, and Fika is often enjoyed by candlelight. Exactly what you’re eating or drinking during Fika is not as important as the companionship and socializing aspect. Taking a pause in the day to refresh the brain and strengthen relationships makes sense from a business perspective too, according to Swedes firms have more effective and productive teams where Fika is institutionalized. Fika can be used as a verb, as in, “you and I fika together so well.”

How to do it: You are not “grabbing a coffee,” or eating sweets at your desk by yourself. Even if you’re not entitled to a regular Fika break at work, or there are rules against candles in the workplace, you can try bringing in some home baked goodies and setting them up away from the warm glow of any computer screens – you’ll have Fika partners in no time. 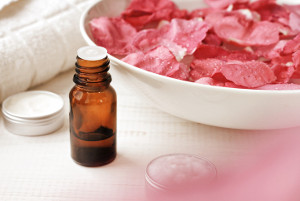 Rose water is the aromatic liquid produced through repeated steam distillation of fresh rose petals (it is not a by-product of essential oil distillation). Called Rose Flower Distillate or Rose Hydrosol, this Persian and Middle-Eastern skincare staple has been used internally and externally for centuries for its soothing and hydrating properties. Studies backing up the claims of its anti-inflammatory and anti-microbial properties exist, but more importantly, Cleopatra herself was believed to include rose water in her beauty rituals. It is gentle enough to be suitable for all skin types, but is especially beneficial for sensitive or acne-prone skin, and can help reduce redness and eczema.

How to do it: If you can find an IndoPak grocery store, you can find a bottle of rose water for under $5. Fancier versions with higher price tags can be found at a health food store. This is a wonderful addition to drinks, yogurt, and if you’re feeling ambitious, the perfect secret ingredient to homemade baklava. You can also keep it in a spray bottle in the fridge to spritz your face with on hot days. 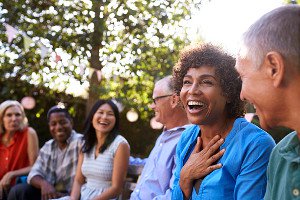 Hasya is the Sanskrit word for laughter. Founded in the 90s by Madan Kataria, a physician from Mumbai, India, laughter yoga is based on the belief that forced laughter provides the same physical and mental benefits as spontaneous laughter. “When you start laughing, your chemistry changes, your physiology changes, your chances to experience happiness are much greater,” Kataria says. “Laughter Yoga is nothing more than prepping the body and mind for happiness.” He goes on to explain two types of laughter – one coming from the body, one coming from the mind. He claims that adults mostly laugh from the mind, while children, who laugh much more frequently, laugh from the body. Hasya yoga’s goal is to cultivate the childlike playfulness that leads to full-body laughs. The scientist William Fry has documented some of the health benefits of laughter throughout his career, and they include increased circulation, stimulation of the immune system, and invigoration of the brain. Other researchers have found benefits like reduced stress hormones and potential prevention of heart disease. Kataria has developed a series of laughter exercises which typically start off forced but soon turn into genuine and contagious belly laughs.

How to do it: There are now Laughter Yoga clubs all over the world, in the United States they can be found in over 100 cities. Or, you can start the same way that Kataria started – get some friends together and start telling them jokes. 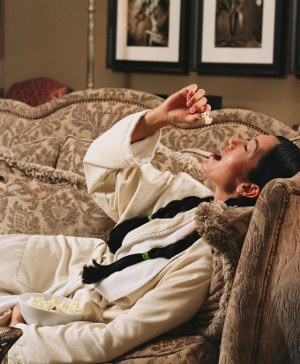 If all else fails, you can drink at home, alone, in your underwear (the literal translation of Kalsarikänni), and file it under self-care. You might have imagined that the self-care practice to come out of the country achieving the highest total score in the UN’s 2018 World Happiness Report and consistently ranked the most stable, safest, and best-governed country in the world would have to less to do with alcohol and snacks. Then again, it makes perfect sense. Unlike the immensely popular and aesthetically pleasing Scandinavian concept of hygge, Pantsdrunk does not require a living room filled with enough Instagrammable scented candles and cashmere throw pillows to be a fire hazard. Affordability, comfort, and being yourself are the point of Pantsdrunk. It isn’t necessarily at odds with hygge or lagom, the commonality is finding optimal peace of mind and comfort. Pantsdrunk is about embracing what you really want to do without feeling bad for it.

How to do it: Forget your Fear of Missing Out and get very comfortable on your couch with your favorite snacks and beverages. Seriously commit to an evening of no commitments and no judgement.