Posted by Daniel Echevarria in Language and Film & Music, Uncategorized on November 12, 2010 0 Comments

Spinning Languages is a monthly feature by Beyond Words that highlights albums from around the world. This month we're showcasing three great albums from Nicaragua, Turkey, and Brazil. This month, Nicaragua’s Perrozompopo is offering his Grammy-nominated album as a free download! And, as usual, you can order the rest of the albums from the excellent music store Other Music. Enjoy these tunes! 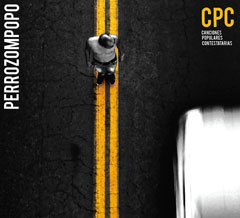 Perrozompopo's latest, self-released album was recently nominated for a Latin Grammy — which unfortunately went to another group — but it's still a wonder that CPC (Canciones Populares Contestatarias) ended up on the Grammy's shortlist at all. This is not your typical record industry-sanctioned, studio-scrubbed, award fodder. Not only did Nicaragua's Perrozompopo eschew a major label release and offer his album for free online, but its songs contain a strange mixture of raw and still radio-friendly sounds, fiery politics, and genuinely heartfelt lyrics.

Speaking about his music during an interview with Marco Werman from PRI's The World, Perrozompopo's Ramón Mejía said, "There are many people who are activists, but non-musical activists. In Nicaragua, there isn't much of a music industry. And not having a music industry means you can explore music in a different way, with more of an open mind. It means you can use different language and address different topics. And for me, it's important to address those topics in Nicaragua. It's not enough to be an artist. We have to be critical artists." Please take a moment and listen to these great critical artists.

Various Artists: To Scratch Your Heart: Early Recordings from Istanbul (2010) 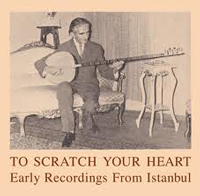 Drawn from recordings made in Istanbul by the Gramophone Company and HMV, amidst the ruins of the Ottoman Empire, To Scratch Your Heart crosses and mixes the folk and classical heritage of Turks, Greeks, Armenians and Gypsies, Muslims, Christians and Jews, urbanites and country-people, and the demands of tradition and modernity, musical improvisation, composition and system.

Most of the singers here are 'hafiz', versed in a musical reading of the Koran, and renowned for mastery of the exalted, improvisatory form of the 'gazel': there are several magnificent examples here, by legendary artists. Three gazelhans beautifully interpret folk songs, and another contributor, the folklorist Agyazar Efendi, sings a long Armenian air with utter authenticity, but in the style of a gazel. Exemplifying the new political freedoms of the Republic, there are two heart-melting female vocal performances of a kind of art-song called 'sarki'. Also featured is the 'taksim', a kind of improvisation in which one-off musical fireworks, designed to ravish the listener's soul, illuminate deep fluency in the 'makam': a who's who of the pre-eminent instrumentalists of this first half-century of Turkish recording, in performances which are simply stunning — breath-taking, exquisite and other-worldly.

Preview the album's tracks below. We recommend track 29, 'Belkis Hanim': 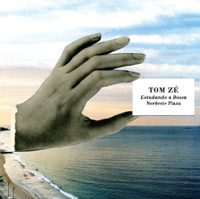 A new album from Tom Zé! Tom Zé has remarked that Brazil began the year of 1958 as a lowly exporter of raw materials to industrialized countries and finished it triumphantly as a country that exported art. He made Estudando a Bossa to illustrate and explain his point. Bossa Nova was not only an extraordinary musical innovation; it was also the soundtrack to a hopeful period of national modernization and development. The new sound also located Brazil on the map for an international audience previously ignorant of the fact that the largest nation in Latin America spoke Portuguese, not Spanish. It's worth recalling that Brazil's greatest pop icon, Carmen Miranda, had been cast years earlier in a Hollywood production called Down Argentine Way. With this in mind, we can better understand the wry humor of the recurring motif that frames the album: "On the day bossa nova invented Brazil/ It had to be done right, my dear gentlemen/ Because Buenos Aires was our capital back then."

Recent albums have revealed a lyrical, melodic dimension of Tom Zé's music, which was previously obscured by his quest to unsettle and subvert the tradition of Brazilian song. Yet here he embraces the soft beauty of bossa nova on his own terms. With a host of Brazilian guests and a cameo from David Byrne. — &#169 Luaka Bop