Posted by ALTA Language Services in Language and Culture on October 26, 2018 0 Comments 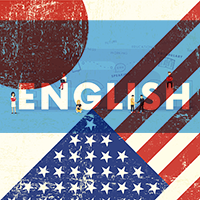 One of my favorite moments from my time as an English teacher in Japan has got to be the “Japanese loanwords” lesson where I attempted to teach Japanese students how to properly pronounce Japanese words used in English. The students were both amused and bemused to learn that these words were pronounced differently in English, and they could not simply coast by saying it in their native tongue. After having students repeat the English pronunciation of karaoke (care-ree-oh-kee), one student asked the very pertinent question of why they cannot simply pronounce it in the Japanese way (kah-rah-oh-keh) since it is a Japanese word. I found this to be a very interesting question and the point quite a valid one, and I launched into a long-winded explanation of my feelings on the topic. My reasoning went something like this:

“That is a very good point, Yohei. It is indeed a Japanese word. However, it has now become an English word as well – just one that has been derived from a Japanese word. Much like the way ‘hot dog,’ an English word, has now made its way into the Japanese language, albeit with a very different pronunciation. If I am speaking in Japanese, in order to make myself more easily understood, I would pronounce ‘hot dog’ as ‘hotto doggu’ to match what the Japanese listener expects to hear. If I fail to do this and instead pronounce it in the American way, I risk the listener being confused by what I’m saying. Since the aim of communication is for all parties to understand each other, I try to adjust my pronunciation to match the standard Japanese pronunciation as much as I can. I believe this is the best approach to take when speaking a second language.”

The Important of Pronunciation in Communication and Confidence

My interaction with Yohei made me realize that one’s self-perception of their foreign language skills was just as important as how others perceived your proficiency in a foreign language. Following my explanation on pronunciation of borrowed words in both Japanese and English, Yohei seemed content, so we continued with the Americanized pronunciations of a handful of other Japanese-turned-English words. This lesson also really drove home to me the importance of pronunciation in communication. Not only was I instructing students on the proper American pronunciation of English words, I was also instructing them on the proper American pronunciation of Japanese-based words! While I felt a little awkward doing this at first, I soon realized that this was an equally important part of their language instruction, and I would be doing them a disservice by minimizing it. The students wanted to become as proficient as possible in English, and a key aspect of this is honing a natural-sounding accent. Not only will it aid in communication, but it can vastly improve second language speakers’ confidence as well.

For native English speakers, the consonants “l”s and “r”s have distinct and unique pronunciations for words like “fly” and “fry”. In Japanese, however, the phonetic sounds for “l” and “r” equate to one pronunciation that falls between these two “minimal pairs” (a minimal pair in languages is a pair of words that differ in only one phonological element, in this case, a phoneme.) One of my students shared with me her experience on learning to pronounce these two consonants distinctly. Saya isa college student who studied abroad in the U.S. for a semester. She often raved about her experience in the U.S., gushing over how much fun she had and how much she learned. One day the topic turned to any negative experiences she had had while in the country, and she shared with me “the most embarrassing moment” of her young life. She was in the U.S. during the fall of 2008, and a common topic of conversation during this time was the upcoming presidential election. While discussing the election with some of her friends, she had a little trouble with the nettlesome l/r distinction, and the word “election” ended up sounding like another slightly more inappropriate word. Her friends laughed a little and made an off-color joke about the mispronunciation. Not knowing the other word that she had apparently said, she looked it up on her electronic dictionary and was immediately mortified. Even though the conversation moved on and her friends didn’t give it a second thought, this interaction stuck with Saya and decreased her confidence. She became even more conscious of her pronunciation and actively tried to avoid using words containing “l” or “r”. This was, of course, next to impossible, but it demonstrates how bothered she was by her non-native pronunciation and how badly she wanted to correct it. She tried various pronunciation techniques and was able to make some modest improvements on her own. We further worked on this during our lessons together, and she gradually started to feel a little more adept at producing the two incredibly tricky sounds. As a result, her confidence improved dramatically and she no longer dwelled on her previous embarrassing pronunciation misstep (although I’m sure it will be a long time before she forgets it completely).

While the ultimate goal for most language learners is to be able to communicate effectively, there may also be a strong desire to perfect the accent for that language. Moving beyond the immediate benefits of being easily understood and avoiding unpleasant interactions due to misunderstandings, being able to blend in with the locals can also be very appealing reasons to work on your phonemes, stress, and intonation until you sound like a native. For information on improving your American English accent with ALTA Language Services, please visit: https://www.altalang.com/language-training/accentreduction/