The Etymology of X-Mas

Posted by Maria Khodorkovsky in Etymology on December 11, 2008 0 Comments 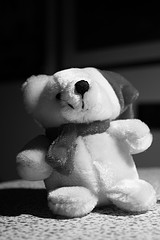 If you’ve seen Stephen Colbert’s recent Christmas special, you may think that Xmas is a term only used by militant athiests who are waging a culture-war against Christmas.

In fact, this abbreviation of the word “Christmas” came about in the mid 16th-century, and its Anglo-Saxon roots reach much further back in history.

As early as the 12th-century, a form of the letter ‘x’ was used as shorthand for “Christ.”

In the Anglo-Saxon Chronicle, a collection of Middle English texts, “Christmas” appeared as Xres mæsse, with the first part of the title meaning “Christ” from the Greek Christos, or “the anointed one”, and the second part meaning a mass or festival.