Winter Olympics in Translation:Is Vancouver Facing a Crisis in Language?

Posted by Jes Gearing in Language and Culture, Translation on February 11, 2010 0 Comments 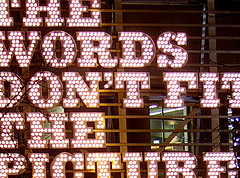 With the Olympics right around the corner, it’s hard not to think of the role language plays in the international event. With over eighty countries and 5,500 athletes and officials, the Olympic Games draws together an incredibly diverse group of people — all in the name of friendship and sports — and although English and French are the official languages of the Games, hundreds of other languages and dialects will pop up everywhere from the hockey arena to the luge. The task of addressing all of these languages at the drop of a hat is certainly one goal of the organizers, but how exactly do they do it and how has Vancouver prepared for the millions of people descending on its city this week?

During the Summer Olympics in Beijing, language played an important, and sometimes confusing role. According to a Telegraph article from 2008 , taxi drivers and Olympic officials completed an intensive English training course, but despite the country’s best efforts, much of the accented English was barely decipherable. In response to the language barrier, one company developed a new translation platform called Jajah Babel, which was essentially a free telephone service that translated English into Mandarin and vice versa. Marketed at visitors, the IBM-based platform helped Olympic tourists navigate simple questions and answers at the touch of a phone.

Some translation issues, however, cannot be navigated by a simple iPhone-type application. How do coaches and athletes and officials communicate during events? Almost all communication between officials and athletes or coaches occurs in French or English (or in the home country’s tongue, which, this time, is English and French, coincidently), but for visitor navigation and other Olympics-related language barriers, the home country, in this case Canada, supplies the translators.

According to Werner Patels, the blogger behind Translation-Language-Culture-Communication , Canada may not be prepared for the onslaught of Olympic crowds. In April of 2009, The Globe and Mail, a Canadian newspaper, reported that Graham Fraser, the Commissioner of Official Languages, i.e. the official promoter and supporter of a French-English bilingual Canada, appeared before the House of Commons’ official languages committee and stated that Olympic organizers were falling behind in their efforts to make the Olympics fully bilingual. Apparently the federal government was holding back on assistance to the Olympic organizers — an ironic stance given that the government aims to promote bilingualism.

Bureau interpreters, for example, regularly interpret into a “B” or “C” language, rather than exclusively into the “A” language (A being the interpreter’s mother tongue). English Canadians who want to follow proceedings in the federal parliament are therefore treated to English interpretations with thick and often unintelligible French accents. Quite often, too, those interpreters produce a kind of franglais that makes most people’s hair stand on end: in this context, I always give as an example that francophone Bureau interpreter with a really thick accent who rendered “dans un cafe” as “in a coffee” several times in a row in such phrases as “We discussed it while sitting in a coffee”.

The question, then, is whether Canada actually responded to this language crisis. In September, The China Post reported that, “Federal Heritage Minister James Moore announced US$7.7 million in new funding for the Olympics just hours after reports raised concerns that the organizing committee was out of cash to meet the commitment.” Even with the extra funds, though, it seems as if Canada never quite got it together bilingually — something very odd given that much of the country is bilingual.

On February 7, 2010, Kelowna reported that while the organizers arranged for a wide array of francophone artists to take center stage at cultural events, the Cultural Olympiad’s 86-page program guide was subpar (in regards to translation):

The guide’s French translation is peppered with grammatical inconsistencies, awkward sentence structures and, strangely enough, a few cringe-inducing typos…but the biggest issue we found with the guide is that French readers will sometimes find themselves confronted with event descriptions that read more like backwards run-on sentences without a proper beginning, middle and end.

Kelowna reports that VANOC (Vancouver Olympics Committee) had the massive translation completed “by hand” — by which, I’m assuming they mean that Vancouver avoided using Machine Translation. However, it is not clear whether they employed any computer-assisted translation tools (CAT). The two are very different. From 2006 to 2009, Vancouver translated over three million words (with an additional five million needed by the end of the Paralympic Games in March). It would be difficult to produce such a large scale translation, and keep it accurate and consistent all the way through, without software assistance. Sometimes people outside the language industry do not know how CAT platforms function, so here’s a brief explanation:

SDL Trados and Déjà vu, to name just a couple of the major CAT options, offer translators and project managers with an interface that breaks the text into segments and presents the segments in a convenient way to make translating easier, faster and more consistent. Most importantly for large scale projects such as the Olympics Guide, these tools have Translation Memory capabilities. Translation memory files store previously translated source texts and their equivalent target texts in a database and retrieve the related segments during the translation of new texts for consistency across and multiple documents over time. These are tools that assist humans in performing large scale, complicated translation jobs — they are not machine translations.

Even with CAT software, errors sometimes creep into large scale projects, but it does seem a bit strange that VANOC and its contractors have been unable to render accurate French translations. Below is an example of the incorrect translations via Kelowna:

Description for Art of Craft, at the Museum of Vancouver (p. 18).

Original English text (excerpt):
Celebrating the inventiveness and refinement of more than 100 fine craft artists from across Canada and the Republic of Korea.

(Note: The English text assumes the exhibit is “celebrating,” therefore it needs to be fleshed out in French. Our version is one of many options — it could have easily been “celebrez,” where the audience is the subject instead but the infinitive form “celebrer” is incorrect. “Dans le Canada” is a literal translation of “in Canada,” which might have been part of the original English text before editing. This particular French phrasing, in any context, remains awkward.)

Whether Vancouver will live up to its bilingual heritage or not, only time will tell. Until then, let’s just hope that everyone ends up where they need to be and learns what they need to know — whether it is in French or English.

ALTA is an Atlanta based Language Services Provider celebrating 30 years in business. In addition to providing quality Translation Services, Language Testing, and Language Training, ALTA was the official Translation provider for the 1996 Olympic and Paralympic Games held in Atlanta, GA.

The above photo depicts an art installation by Ron Terada that is currently outside the Vancouver Library. Photo taken, and brilliantly cropped, by Uncle Buddha