Posted by Manny Echevarria in Language and Culture on February 6, 2009 9 Comments 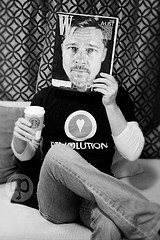 Long before it was brought to pop-culture attention by Brad Pitt’s performance in the 2000 Guy Ritchie movie Snatch, the Pikey language was an established part of the English lexicon. Pikey is actually a pejorative term that refers to a group of people who call themselves Pavees.

Pavees, also called Travellers, live in Ireland, Great Britain, and the United States. The origin of the Pavees is uncertain and explanations range from having been made homeless by Oliver Cromwell’s military campaign in Ireland, to the famine of the 1840’s, to a curse leaving them destined to wander the earth until Judgment Day.

Their language is also as unique as their history, but how much of the language used in the film is based on fact?

The language is known as Shelta, but is also called Cant, Pavee, and Gammen. Its origin is largely based on Irish, and is a member of the Gaelic language family, with some English influences. Although the language has distinct roots, the actual speech is difficult for speakers of either Irish or English to understand. Pavees are generally suspicious of non-Pavees as a result of the negative stereotypes imposed on them, and therefore muddle their speech in order to be less understood by outsiders.

Pavees have been known to make terse utterances and to speak quickly to conceal meaning. In addition to trying to conceal Shelta from other people, the language has also adopted several Romani (the gypsy language) and modern slang to further expand their vocabulary.

Excerpts of The Lord’s Prayer from English to Modern Shelta or Cant.

Our Father, who is in heaven. (English)
Our gathra, who cradgies in the manyak-norch. (Cant)

Your kingdom come, your will be done. (English)
Let’s turry to the norch where your jeel cradgies. (Cant)

On earth as it is in heaven. (English)
And let your jeel shans get greydid nosher same as it is where you cradgie. (Cant)