10 Spanish Dialects: How Spanish is Spoken Around the World

Posted by Maria Khodorkovsky in Language and Culture on November 13, 2008 67 Comments 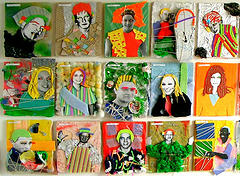 Even within a single language or language group there may be major differences in speech. The term dialect refers to those differences in intonation and pronunciation – and even words and expressions that exist in some branches of a language while absent in others.

Spanish has a rich history that spans continents and epochs, and offers a prime launching point for examining the origins and proliferation of dialects. What follows is a basic explanation of the ten major Spanish dialects, where they are spoken, and how they differ:

Castilian
This term applies to the official Spanish language, spoken in northern and central Spain.

Andalusian
This dialect, spoken in southern Spain, is the second-most popular in the country after Castilian. However it differs greatly from northern Spanish in the ceceo/seseo distinction, the emission (“elision”) of the consonants ‘d’ and ‘r’, the aspiration of the consonant ‘s’ at the end of words, and the dropping of final consonants. These factors result in a softer and more fluid sound than that of other Spanish dialects.

Murcian
This dialect is spoken in the Autonomous Region of the Community of Murcia in the southeast of Spain.

Canarian
The dialect of the Spanish Canary Islands closely resembles the Caribbean Spanish dialect, characterized by the aspirated ‘s’, elided consonants, and the pronunciation of the letter ‘h.’ The Canarian vocabulary is also heavily influenced by Portuguese due to Portugal’s efforts to colonize the islands.

Llanito
Llanito is a combination of Andalusian Spanish and British English. The existence of Gibraltar as a British overseas territory results in this peculiar language combination.

Latin American Spanish
This is the dialect of urban mainland Mexico, Colombia, Peru, Bolivia, and the majority of Central and South American countries. While there are differences in how Spanish is spoken amongst people in these countries, Latin American Spanish is usually referred to as thus in order to differentiate between it and the Spanish spoken in Spain. The difference is similar to English as it is spoken in England vs the U.S.; U.S. English speakers can understand each other with little effort even though someone from the Midwest speaks very differently than a person from the Northeast or a person from the Southeast.

Rioplatense Spanish
This dialect is spoken in the River Basin region between Argentina and Uruguay, as well as in both countries. The predominant difference between Rioplatense and other Spanish dialects is the intonation of its speakers, which resembles Italian more so than Spanish. The 19th-century saw many Italian immigrants to this region and particularly to Buenos Aires.

Caribbean Spanish
This dialect is spoken in Cuba, Puerto Rico, the Dominican Republic, and along the East coast of Mexico and Central America; it is characterized by elided middle consonants and omitted final consonants, as well as an aspirated ‘r’ that is pronounced like the Portuguese ‘x.’

Equatoguinean Spanish
This dialect represents the only official Spanish spoken in Africa; it has incorporated some vocabulary and pronunciation patterns from both native Guineans and immigrant Germans of Cameroon.

Coda
When you decide to take those Spanish lessons, whether it’s for professional reasons, or if you want to travel, you will probably want to find out from your instructor or program director about the dialects they offer. Most of the time, the answer you’ll hear is Castillian. That will be great about 98% of the time, but take the geographic, and cultural information in context, and make an informed decision! ALTA offers online language training to businesses and government agencies, so feel free to contact us for information.