Skip to content
20 Rare Words to Fascinate and Delight

Home » Beyond Words » 20 Rare Words to Fascinate and Delight 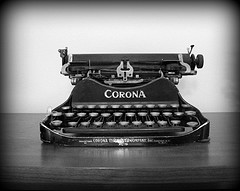 Many words have gone out of fashion because they have lost their utility and become inapplicable in the 21st century.

We no longer make reference to our baldrics because it would be difficult to find someone who still carries a bag of horns and swords slung over one shoulder.

Other rare or infrequently-used words pertain to fields like psychology – the phobias and philias, for example – as well as biology, astronomy, botany, and many others, and though they intimately describe the more technical aspects of our lives, it is their very specificity that relegates them to colloquial obscurity.

There are some rare words, however, that still tickle the ear and amuse the mind. Though these words are not heard on a regular basis, the list below includes 20 of the most fascinating and useful obscure words of the English language:

Farctate
From the Latin farcire, meaning to fill or stuff, farctate is a botanical term meaning full as opposed to hollow; used more colloquially to mean completely satiated or full to the point of bursting

Philodox
From the Greek philos, meaning love, and doxa, meaning glory, a philodox is a dogmatic person who is especially fond of his/her own opinions

Cavil
A verb meaning to raise trivial and oftentimes irritating objections or to find fault unnecessarily; from the Latin cavillari, meaning to jeer or scoff

Churlish
An adjective used to describe a rude, boorish, or miserly person, it takes its origins from 9th-century England, where a cherl or ceorl was a title given to a freeman of the lowest rank

Frisson
A sudden, passing shudder of emotion or excitement, frisson originates from the Latin frictio, meaning to shiver and as a derivative of frigere, meaning to be cold; related to the word “friction”

Gargalesthesia
A term given to the sensation caused by being tickled

Beldam
A term for “grandmother,” originating from a mixture of French (bel-, meaning beautiful) and Middle English (dam, meaning woman)

Defalcation
The act of misusing funds or embezzling; from the Latin defalcare, meaning to deduct. A person guilty of defalcation is a defalcator

Vulpine
Crafty and cunning; from the Latin vulpes, meaning fox

Buccula
From the Latin bucca, meaning cheek, this medical term refers to the fold of fatty tissue under the jaw, commonly called a “double chin”

Brontide
A rumbling sound like distant thunder; from the Greek bront, meaning thunder

Morosoph
A learned fool, or one who puts up the pretense of knowledge or wisdom;

Sylvan
Relating to forests or woods; the term sylph refers to a graceful woman, from the Latin silva, meaning forest

Dextrosinistral
A left-handed person trained to use the right hand; from the Latin dexter, meaning right, and sinister, meaning left

Heteropraxy
The behavior of not adhering to the teachings of one’s own religion; from the Latin hetero, meaning different, and praxis, meaning practice or action

Hypermnesia
Having an exceptional memory; from the Greek hyper, meaning above or beyond, and mnesia, meaning memory

Factotum
A person having many diverse traits and different responsibilities or serving in a wide range of capacities; from the Latin facere, meaning to do, and totum, meaning everything

Virago
A woman with masculine qualities; a large, strong, or domineering woman; from the Latin vir, meaning man

Lalochezia
The emotional relief gained by emitting vulgar or indecent words; from the Greek lalia, meaning speech, and chezo, meaning to relieve oneself