2019 Brings Focus on Indigenous Languages Around the World

Posted by ALTA Language Services in Language and Culture on January 2, 2019 0 Comments 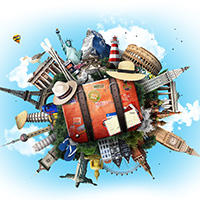 Did you know that 2019 has been designated the International Year of Indigenous Languages? The recognition comes as a result of a United Nations resolution, which was adopted in 2016. According to official IYIL website the purpose is to “raise awareness of them [indigenous languages], not only to benefit the people who speak those languages, but also for others to appreciate the important contribution they make to our world’s rich cultural diversity.”

The goal of this year-long focus is draw attention to the fact that many indigenous languages around the world are in danger of disappearing altogether.

Language allows for the sharing of history to new generations and a continuation of cultures and traditions over time. According to estimates by UNESCO, there are about 6,000-7,000 languages around the world, but 97% of the population speaks only 4% of these languages. Here’s another way to put it: More than half of the world’s population speaks only twenty-three languages. Around a third of the world’s languages are in endangered, with fewer than 1,000 people who still speak the language in some cases.

Key facts:
• There are 370 million indigenous people in the world
• There are 5,000 different indigenous cultures
• Indigenous communities can be found in 90 countries
• 2,680 languages are in danger of disappearing

What Are Indigenous Communities and Where Are They?

The World Health Organization (WHO) defines indigenous communities as those that “live within, or are attached to, geographically distinct traditional habitats or ancestral territories.” They may also identify as being part of a distinct cultural group. Indigenous populations can be found on almost every continent, with the majority in Africa and Asia.

This Wikipedia page lists indigenous people by continent and region.

The Plight of Indigenous Populations

In many cases, indigenous populations are among the poorest and most vulnerable citizens in the world. Along with a danger of having their cultures and languages disappear, they also face extreme poverty and a lack of health care and education. According to WHO, “…at least 80% of the populations in developing countries rely on traditional healing systems as their primary source of care.” They might also live in remote areas where access to health care and social services is extremely limited.

Five Areas of Concentration Over the Next Year

The International Year of Indigenous Languages will focus on 5 Key Areas:
• Increasing understanding, reconciliation and international cooperation
• Creating favorable conditions for knowledge-sharing and dissemination of good practices with regards to indigenous languages
• Integrating languages into standard-setting
• Empowerment through capacity-building
• Growth and development through elaboration of new knowledge

Look for Special Events In 2019

Kristin Wallace is a USA Today Bestselling fiction author and advertising copywriter who is addicted to learning and writing about language, culture and art around the world. She lives and works in sunny Miami, Florida.