40 Business Acronyms and Business Abbreviations You Should Know

Posted by Maria Khodorkovsky in Language and Culture, Uncategorized on February 17, 2014 26 Comments 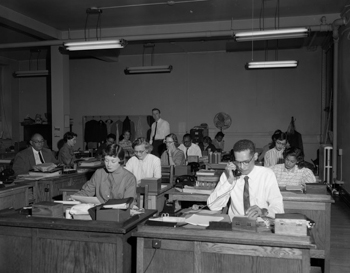 These days, we don’t always have the time to use full words or speak in complete sentences. The advent of text-speak and internet lingo has conditioned many of us to seek out the most efficient routes of communication. While far from a novel invention, acronyms’ prevalence makes knowing the most common ones imperative. Below are 40 useful terms parsed out, as well as a bit of history on the usage of acronyms.

Since the times of ancient Rome, acronyms helped to alleviate some of the burden of wordiness. Several acronyms coined during the Roman Empire are still in use today, such as AM and PM (ante meridiem and post meridiem, meaning “before noon” and “after noon”), and also AD, which denotes the time period after the birth of Christ and comes from the Latin anno domini, meaning “in the year of our Lord.”

As the Industrial Revolution took hold across the Western world in the 19th century, acronyms spread exponentially. They were created for corporations, railroads, stock exchanges, telecommunications, oil and gas, and numerous other enterprises that utilized technical language at an increasing rate. The 20th century added to the mix a host of acronyms related to the implements of war: tanks, planes, and weaponry possessed an intricate lexicon all their own – one that called for condensing and shortening information to be passed on as quickly and efficiently as possible.

Today, many of our acronyms stem from the world of information technology. While the plethora of letter jumbles may, at times, seem more daunting than the words themselves, the expediency and pith of acronyms makes them a well-loved form of communicating complex ideas.

Founded in 1980, ALTA Language Services is dedicated to providing quality service with a superior client experience. Our language services company employs the latest technology so businesses and organizitons world-wide can successfully bridge cultures. Learn more about our linguistic expertise and industry leading translation, testing, and training services by contacting us today.