5 Fascinating Facts about the Icelandic Language

Posted by ALTA Language Services in Language and Culture on June 9, 2020 0 Comments 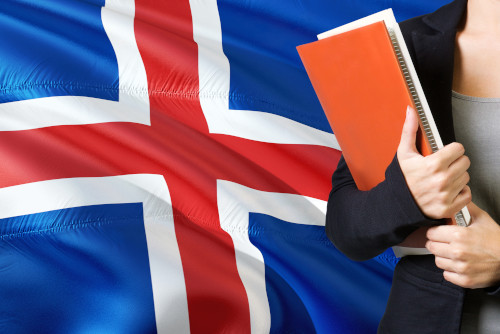 Iceland is a small island nation in the North Atlantic Ocean that is home to about 340,000 people. The Icelandic people trace their origins to Northern Germanic ethnic groups. Only about 350,000 people speak Icelandic worldwide. Most native speakers live in Iceland, but others live in Denmark, the United States, and Canada.

Ready to learn more about this unique language? Keep reading to find out more fascinating facts about the Icelandic language.

Until the 1100s, Icelandic was an oral language. The Old Norse Sagas contain the first examples of written Icelandic. Although pronunciations have changed, the written Icelandic language hasn’t really evolved as much since then. Many Icelandic people can read these 12th and 13th-century texts without trouble.

There are committees to create new Icelandic words

When Icelanders need a new word, they consult the Icelandic Language Institute, a branch of the Árni Magnússon Institute for Icelandic Studies. Instead of adopting foreign terms to explain new ideas, they create a new Icelandic word. This form of linguistic purism protects the language from change. So, this is why native speakers can still read Old Norse texts.

The Institute works with language committees to create new words from existing Icelandic and Old Norse phrases. For example, the Icelandic word for computer (tölva) comes from the terms tala (number) and völva (prophetess).

In Iceland, your parent’s first name determines your surname

Instead of using a family name, Icelanders traditionally used their father’s first name as a surname. Now, Icelanders can choose to use their mother’s or father’s name. To create the surname, females add -dóttir (daughter) and males add -son (“son”) to the name. For example, Vigdís Finnbogadóttir’s father was Finnbogi Rútur Þorvaldsson. The suffix -dóttir was added to his first name, Finnbogi, creating Finnbogadóttir.

Now that you’ve learned more about this language, try practicing some Icelandic terms:

As English becomes more universal some people worry that Icelandic could go extinct. But native speakers work hard to pass Icelandic on to future generations so they can preserve their fascinating language. If you want to learn more about Icelandic translation services, feel free to contact us today.

Stephanie Brown is a New York City-based travel blogger and freelance content creator.
You can find her at The Adventuring Millennial.