Skip to content
The Most Amusing Surnames in the World

Home » Beyond Words » The Most Amusing Surnames in the World 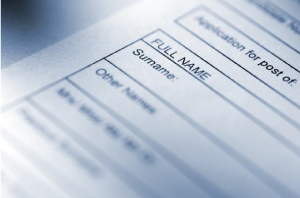 The article you are reading started out with a narrow focus: Slavic surnames in life and literature. The Russian language provides such a wealth of linguistic diversity and flexibility that even something as practical as a last name can be both whimsical and laden with meaning at the same time. Take for example the names of these famous Russians: Griboyedov, Pasternak, Bezrukov, Lomonosov, and Bogomolov. Respectively, they are “mushroom-eater”, “turnip”, “armless”, “nose-breaker”, and “praying mantis”. Consider also that the suffix -ov denotes progeny, which actually gives us “son of mushroom-eater”, “son of nose-breaker”, and so on.

The potential for creative application was not lost on Russian humorists. Classic authors like Anton Chekhov (1860-1904) and Nikolai Gogol (1809-1852) seized the opportunities inherent in the language, inventing for their characters the surnames that best embodied their temperaments. From this practice we get characters like Chervyakov (Mr. Worm), Pustyakov (Mr. Trivial), and even Neuvazhay-Koryto (“don’t respect the trough”) and Doezhai-Nedoedesh (“try to get there but you won’t”).

What is especially fascinating is how natural many of these made-up monikers actually sound in Russian. The structure of Slavic surnames tends to be fairly consistent, with the endings -ev, -ov, -off, and -sky being the norm. This linguistic homogeneity creates a situation in which just about any word or combination of words can be inserted before the familiar suffix, thus creating outrageous fictional names that have the look and feel of real ones.

Across cultures, surnames tend to follow certain historical, conceptual, and linguistic patterns. They come, of course, from occupations: Smith (English)/Favreau (French)/Herrera (Spanish), Taylor/Couturier/Sastre, and Schumacher/Cordonnier/Zapatero, just to name a few. They also draw from locations, like the French surnames Dubois (“from the forest”), Dupont (“from the bridge”), and Duchamps (“from the field”). Birds and animals make an appearance, and horticulture plays a role: the last names Ash and Willow exist in Spanish as Fresno and Saucedo, respectively. Along the lines of Johnson and Jackson, Hernandez is “son of Hernando”, Bellini is “son of Bellino”, Fitzgerald is “son of Gerald”, and Petrov is “son of Peter”.

Unsurprisingly, most every country also has its treasure trove of amusing names, both real and invented. Aside from the English ones, none of the names found below are humorous for superficial reasons – simply because they sound unfamiliar or “foreign”. They are also not the fodder of prank calls or unfortunate birthrights: Fannie Licker, Harry Balls, and Dick Powers (all real!). Rather, each one of them has an intriguing meaning that reveals, little by little, the kind of world our forefathers inhabited.

Maria Khodorkovsky covers research at the intersection of language, psychology, and society for ALTA Language Services. Her work has appeared in the Atlanta Journal-Constitution, Curbed, and on the websites of the Terminology Coordination Unit of the European Parliament and the National Museum of Language.