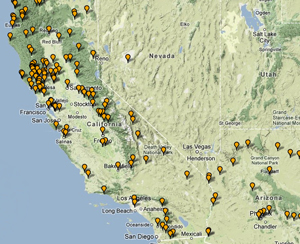 A recent initiative called the California Language Archive (CLA) allows access to a vast catalog of language resources, giving new life to many of these forgotten tongues. The entire collection is available for free on their website, and it includes downloads of audio and written materials that focus primarily on the indigenous languages of California, western North America, Florida, and the Americas.

Established by UC Berkeley in June 2011, the CLA is a virtual feast for anyone fascinated by just about any aspect of language. Similar to the Internet Archive – which hosts an infinite number of free live musical recordings, television programs, and films – the CLA acts as an open and free online encyclopedia of language. Where previously only scholars had access to this information, now anyone can explore the languages of Native Americans communities, many of which are in danger of becoming extinct.

What exactly does the CLA have to offer? Quite a bit, it seems. To get a feel for what’s available, check out their section, Explore Collections, where you’ll find an interactive map showing recordings made in various areas. Should you choose, you could listen to approximately 14.5 hours of Aymara sound recordings from 1970. (Aymara is spoken by close to three million people throughout southern South America, including Bolivia, Peru, Chile, and Argentina.) Other holdings include Alan Shaterian’s collection of Yavapai sound recordings totaling close to 35 hours of recorded material. And these examples don’t even scrape the surface of this incredible resource.

The CLA is in the process of digitizing close to 3,000 cylinder recordings of California Indian tribal songs from the Phoebe Hurst Museum of Anthropology, dating back to 1901.

According to Andrew Garrett, a professor at UC Berkeley who helped spearhead the CLA:

This very extensive information is valuable for scholars, and absolutely vital for Native American communities trying to revitalize endangered or no longer spoken languages. Everyone who’s interested in those languages will be astonished to learn how much is available there.

Formed as a joint venture of the Survey of California and Other Indian Languages and the Berkeley Language Center (BLC), the CLA preserves history, giving rare insight into how fragile our languages actually are, and how these particular strains of indigenous languages repeatedly face extinction. Overall, the CLA archive combines roughly 2,000 hours of the BLC’s archives, as well as close to 60,000 digitized images from the Survey’s collection.