Cryptozoology – Weird Word of the Week

In addition to collectively scaring the crap out of little kids and captivating audiences with campfire tales, these ghoulish entities all fall under the umbrella of a pseudo-science known as cryptozoology.

Cryptozoology can be loosely defined as the study of unknown creatures and can be broken into two categories: those creatures that are believed to be extinct and those that have not been formally documented and recognized by the scientific community (e.g. Loch Ness Monster or Unicorns). 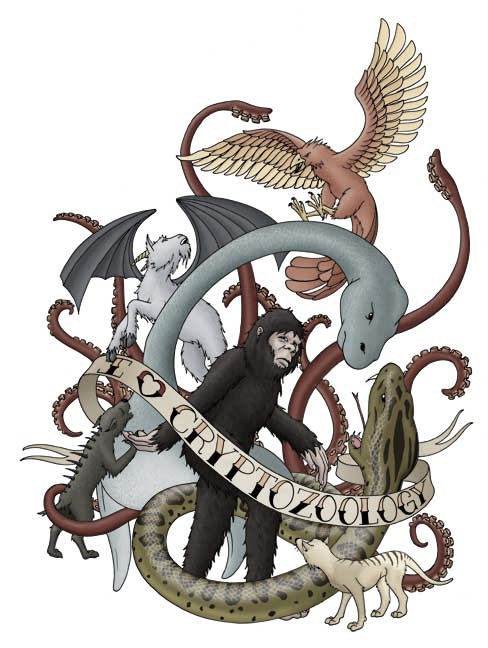 Some in the scientific community consider this pseudoscience to be a haphazard concoction of folklore and mass hysteria that is being practiced by tinfoil-hat wearing conspiracy theorists deep in the woods during their time off from the strenuous job of managing a Gamestop in Gary, Indiana. This apprehension stems from the fact that most cryptozoologists do not follow basic principles of what we consider to be science, like the scientific method.

Others view cryptozoology as a viable means of finding and labeling new creatures on this giant rock called earth.

Whether or not there is any truth to the science, there is something captivating about unknown creatures. Just a few months ago, a few slack-jawed yokels from Georgia made international news with pictures of a frozen ape suit that they claimed to be Bigfoot.

Explanations, discussion groups and all things cryptozoology can be found at the aptly named Cryptozoology.com. Upon visiting the website, one is immediately grabbed by an alarming disclaimer.

No, it’s not pictures of Big Foot eating a bowl of cheerios out of Danzig’s skull or even a video of a mermaid and Loch Ness playing Marco Polo in the Red Sea. Something far more sinister…

Apparently the proprietors of cryptozoology.com have been so consumed in their work that they have become the victims of a horrible computer virus that has been sending infected emails on their behalf.

I wonder if Godzilla’s giant scaly fingers use a regular keyboard? Or does he have a special keyboard for his giant phalanges…or maybe he has an assistant? A Benedict Arnold to the entire human race. Someone that has sold out for the supposed affection of a vile beast hell bent on terrorizing the planet for no apparent reason other than he has the ability to do so with a team of cameras and terrified Asians around. Or maybe Aliens have moved from cattle mutilation to technological warfare in a vain attempt to keep the cryptozoologists at bay.