Days of the Week Word Origins

Posted by Maria Khodorkovsky in Etymology, Language and Culture on October 8, 2009 5 Comments 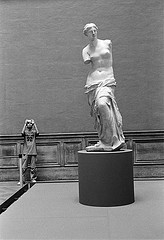 The English names for the days of the week have their roots in astrology and ancient cultures. The practice of naming days after heavenly bodies began – at least for the Western world – with the Greeks, and was then adopted by the Romans and Anglo-Saxons. For this reason, the names we are so familiar with draw from Latin and Old English, aligning stars and myths with calendar days. Next time you hear a friend or coworker expressing relief at the end of the week with TGIF, you’ll know that it’s more apt to be thanking goddess!

Monday
From the Old English Monandæg, a combination of mona, meaning “moon”, and dæg, meaning “day.” Most Romance languages use the Latin for “moon” – luna – as in the French lundi and Spanish lunes.

Tuesday
From the Old English Tiwesdæg, meaning “Tyr’s (or Tiw’s/Tew’s Day”), named after the god of war of Norse mythology. Naming the second day of the week after a war god stems from the Romans’ use of Mars for the same day, leading to, among others, the French mardi and Spanish martes.

Wednesday
From the Old English Wodnesdæg, or “Woden’s (Odin’s) Day”, named after an important Germanic and Scandinavian god. The name of this day, too, is borrowed from the Romans, who used the god Mercury for Wednesday. The French is mercredi and the Spanish is miércoles.

Thursday
From the Old English Þurresdæg, meaning “Thor’s Day” after the Norse god of thunder. The Latin equivalent is named after Jupiter, as in the French jeudi and Spanish jueves.

Friday
From the Old English Frigedæg, named after the Anglo-Saxon goddess Frigg. It is based on the Roman goddess Venus, and used in French as vendredi and in Spanish as viernes.

Saturday
From the Old English Sæterdæg, or “Saturn’s Day,” this is the only day to have retained its Latin origins from the god of agriculture. In French it is samedi and in Spanish, sábado.

Sunday
From the Old English Sunnandæg, the day of the sun. Most Romance languages have used the Latin for “Lord’s Day”, as in the French dimanche and Spanish domingo.