Etymology of Clothing (From Shoes to Coats)

Posted by Maria Khodorkovsky in Uncategorized on September 8, 2014 0 Comments 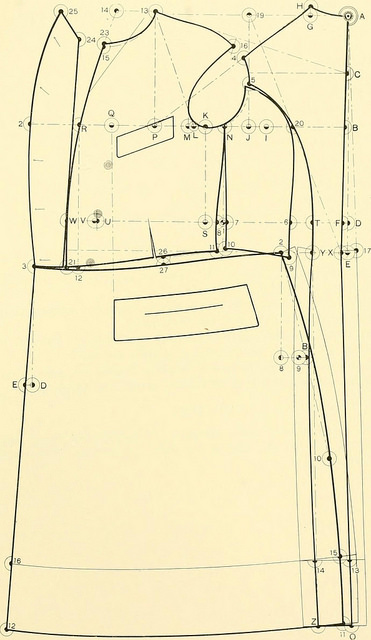 Not only does every September bring with it New York Fashion Week, but the month often marks a transition in the way we dress. As the season changes and we tuck away our summer clothes in favor of fall wear, we thought it would be a great time to turn our etymological inquiries to the topic of apparel. Below are some histories of common items of clothing.

Starting from the ground up, we take a look at footwear. Both shoes and boots entered the English language in approximately the 14th century and are of Germanic origin. The former has had a long history, beginning most likely as the Proto-Indo-European skeu, meaning “cover”, and undergoing permutations in the Old Dutch as schoen and Old English as scoh. Boots gained their colorful connection to illegal liquor production and distribution in the late 19th century, when “bootleggers” concealed flasks, knives, and guns in the upper portion of their footwear.

Working our way up, we reach pants and trousers. The former has a humorous history steeped in the theatrical tradition: In the 16th century, a popular character named, alternately, Pantaleone, Pantalone, or Pantaloun represented the comedic Venetian in plays. His persona was that of a farcical old man who wore tight-fitting trousers, for which he was ridiculed. His style, however, eventually caught on in France in the form of pantaloons, and elsewhere was shortened to “pants.” Trousers also represented a shift to tighter clothing in the 17th century, and the word takes its origins in the Gaelic or Middle Irish triubhas.

To cover our torsos, we look at shirts and blouses. From the Proto-Germanic skurtijon and Old Norse skyrta, both designating a short garment covering the chest, abdomen, and hips, we have the modern word, which also means “apron” in a number of Germanic languages. From the French, the term “blouse” was popularized in the 19th century and initially referred to a peasant’s smock. Although the exact origin is unknown, it has been suggested that the word comes from the Latin Pelusium, an Egyptian city known for its textiles.

Finally we reach the cool-weather comforts of jackets and coats. The former has a number of etymological theories associated with it: It may have come from the popular French name Jacque, also used as a general heuristic title for peasants, who wore jaquets. The word may also have been associated with the jaque de mailles, or “coat of mail” worn by knights. The term “coat” most likely stems from the Frankish kotta, meaning “coarse cloth” and designating a cloak made of wool.