Home » Beyond Words » Etymology of “Economy” 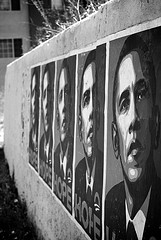 There is no doubt that when the candidates get together tonight for the third and final debate, they will focus on the state of the economy.

Like many words frequently used in matters of state and government, economy has its origins in Ancient Greece.

Eco is a derivation of the Greek oikos, meaning an extended family unit that consists of the house, members of the family, slaves, farmland, and all property.

The oikos was run by the oldest male of the family, whose role it was to tend to agriculture and to ensure that all components of the family unit were running smoothly. Thus, eco now designates a broad, self-sustained unit, as in the terms ecology and ecosystem.

The suffix –nomy is derived from the Greek nomos, meaning management, law, or principle. Thus oikonomos, the original form of economics, meant the management of the hearth and home.