The Fallacy of Proper Grammar

Posted by Janet Barrow in Language and Culture on August 23, 2018 0 Comments 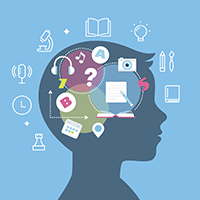 News host Laura Ingraham recently brought grammar into the political spotlight during a segment in which she criticized NBA players LeBron James and Kevin Durant for a conversation they had about politics. What Ingraham criticized in this instance was not only what they said, but how they said it, calling the conversation “ungrammatical.” Ingraham’s comments highlight the way different usages of grammar in the English language are often perceived – and the error in conflating dialects that differ from Standard American English (SAE) with language that lacks grammar altogether.

Before we get into the specifics, I’d like to talk a little bit about what it means for something to be considered “grammatical,” versus “ungrammatical.” Grammar is the set of structural rules governing the composition of language. So, using that as a starting point, let’s make an analogy. Let’s say that grammar is a system of government and its structural rules are the laws implemented by that government. Now, there are many different types of governments – democracies, dictatorships, monarchies, confederations – and each one has its own set of laws. Under one government, I may go to jail for stealing, under another, I may have my hand cut off, and under another, stealing may not even be considered a crime. Whether or not I agree with the laws implemented by the different governments, though, I still recognize their validity within the sphere of power of their governing body.

In linguistics, there is a difference between descriptive grammar and prescriptive grammar. Most linguists tend to focus on the former, which is the way that language is actually used by people, versus the latter, which is the set of rules that you often find in textbooks. The problem that those who are only familiar with prescriptive grammar may run into is the tendency to conflate descriptive grammar with a lack of any grammar. English, like most languages, has a rich diversity of grammars. In British-English, for example, collective nouns tend to be plural, so that Brits will say, “the team are playing tonight,” instead of, “the team is playing tonight.” In Irish English, the distinction is made between singular “you,” or “ye,” and plural, “youse.” The plural you, which is a common feature of many languages, also exists in Southern American English, in the form, “y’all.” Similarly, African American Vernacular English (AAVE) has its own set of governing rules, some of which are more nuanced and provide more clarity than the rules of Standard American English.

For example, like Spanish, AAVE utilizes the word to be not only to show existence or condition, but also as a tool to express temporality versus permanency. In Spanish, there are two words that mean to be – ser, and estar. Ser represents permanence, while estar represents transience. So, if I say, “Ella es bonita,” it means “she is beautiful in general,” whereas if I say, “ella está bonita,” it means, “she is beautiful right now,” probably because she looks particularly beautiful on this occasion. AAVE does the same thing as Spanish, except that instead of using a separate word to express transience, it simply omits the word to be. So, for example, the sentence “he be workin’,” expresses a state of permanence, or that “he is employed,” whereas the sentence, “he workin’,” means that he is working right now. In SAE, this distinction does not exist. In both cases, the sentence would be rendered, “he is working,” leaving us to rely only on context to determine the speaker’s temporal meaning.

Let’s turn now to the clip of James and Durant. After transcribing the entirety of the video clip, I could only find two examples of what would be considered deviations from SAE.

Towards the beginning of the clip, James says, “The number one job in America, the point person, is someone who really…don’t give a [darn] about the people.”

So, the obvious problem that a speaker of SAE would point out is James’ use of the first-person negation, don’t, where he should be using the third-person negation, doesn’t. An SAE speaker unfamiliar with AAVE might call this usage ungrammatical because it seems not to follow any rule. Interestingly, though, don’t was the contraction used to mean does not until around 1900, when SAE introduced the modern contraction doesn’t. In AAVE, though, it remained a perfectly acceptable way of contracting does not and continues to be the most common third-person negation of the word do. So, in James’ case, is he following a grammatical rule by using the word don’t instead of doesn’t? Yes, just not a rule of SAE.

In the second deviation from SAE, Durant commented, “I feel like our team, as a country, is not ran by a great coach.” After showing the video clip, Ingraham asked, “Does that mean I should go for a ran tomorrow morning?”

Understanding grammar outside of SAE reveals a different set of rules rather than a lack of rules. Grammars, like government systems, are complex, evolutionary beings whose laws are always in flux. As the world changes, we re-define and refine the ways that we speak to express ever more complex concepts and ideas. If we didn’t, and instead decided only to adhere to the rules of prescriptive grammar, we’d all still be speaking Old English, and our Italian, French, and Spanish speaking friends would still be speaking ancient Latin.