Posted by Rebecca Green in Language and Culture on March 5, 2013 0 Comments 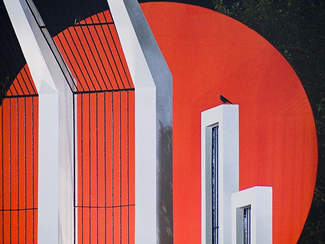 Every year on February 21st, nations across the globe celebrate the UNESCO-declared holiday, International Mother Language Day. UNESCO chooses a theme each year, and this year’s was “The Book.”

Sixty years ago, Bangladeshi (then East Pakistani) university students took to the streets to protest a decision by the Central Pakistan Government to establish Urdu as the single national language for all of Pakistan. Urdu was a minority language spoken only by the elite class of West Pakistan. Students gathered to protest for the rights to use their mother language, Bengali. The police opened fire on the protesters, killing four students. This protest is thought to have prepared the way for the Bengal independence movement which resulted in the liberation of Bangladesh in 1971.

In Bangladesh on Language Martyr’s Day, people host literary competitions and engage in festive meals and parties. People purchase glass bangles for themselves and female friends or relatives. Many also visit the Shaheed Minar, or martyr’s monument commemorating the protesters, to lay flowers.

In 1999, the UNESCO General Conference unanimously adopted the proposal submitted by Bangladesh and 28 other countries, to observe February 21st as International Mother Language Day. The holiday has become a remarkable opportunity to celebrate the incredible value of linguistic diversity.

Each year, UNESCO chooses a theme and this year’s theme was “The Book.” The organization hosts classes, activities, and events around its Paris office annually to celebrate the holiday. In accordance with this year’s theme, UNESCO hosted public readings in local and endangered languages.

This is especially important because without public efforts to protect and promote these endangered languages, UNESCO estimates that half will disappear by the end of the current century. Over 90% of these languages are spoken by only 4% of the world’s population and are vital to the cultural traditions and diversity of our world.

–
Photograph by Shafqat Asif. The Shaheed Minar monument commemorates protests and sacrifices to protect Bengali as a national language during the Bengali Language Movement of 1952.