The Importance of Understanding Cultural Differences as an Interpreter

Posted by ALTA Language Services in Interpreting on October 2, 2018 0 Comments 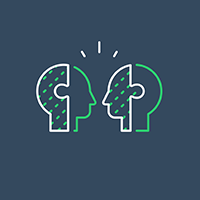 Earlier this year, two world leaders met face-to-face for the first time. U.S. President Donald Trump and North Korean leader Kim Jong Un discussed the world’s future in a private room accompanied only by their interpreter, Dr. Yun Hyang Lee. Without drawing attention to herself, Dr. Lee was tasked with smoothly and clearly bridging the gap of communication between two languages, two cultures, and two individuals. North Korean and American societies differ greatly, and these differences are apparent in conversation using specific slang or colloquialisms. It is an interpreter’s job to understand how to translate these differences into understandable and appropriate conversation. A misunderstood phrase could result in a disastrous outcome, and the need for a veteran interpreter with solid experience and training is vital to nurturing healthy political relations.

Why Dr. Yun Hyang Lee Was the Perfect Interpreter for the Summit

Trained interpreters are taught that they are not just connecting language, but entirely different ways of thinking and perception. Dr. Lee’s background and education helped to make her a qualified and trusted asset for this conference. She earned her master’s degree in interpretation and translation from Hankuk University of Foreign Studies in Seoul, South Korea and later went on to receive a Ph.D. from the Faculty of Translation and Interpreting at the University of Geneva in 2009. Dr. Lee is the State Department’s Interpreting Services Division General Branch Chief and has proven herself to be a pivotal figure in the U.S.’ diplomatic meetings, having offered her services for President George W. Bush and President Barack Obama in the past.

Dr. Lee is not the first interpreter to partake in monumental political and world events, as there have been many that changed the tide of history with their involvement. Here are a few interpreters who helped shaped historical events ranging from colonization to war strategies:

The infamous Native American interpreter Sacagawea helped Lewis and Clark during their expedition of the Western portion of the United States, 828,000 square miles from the Mississippi River in the Midwest to the Pacific Ocean.

The Russian diplomat Valentin played a large role as the principal interpreter for Soviet leaders during WWII conferences involving Franklin Roosevelt and Winston Churchill. Berezhkov had studied German and English throughout his life, allowing him to act as the main interpreter for the Tehran Conference of 1943, which decided the second phase of major combat operations between the Western Allies and Nazi Germany. Berezhkov also worked as the lead interpreter for the Yalta Conference of 1945, which focused primarily on peace after WWII and the post-war reorganization of Europe. Without his aid, the delicate global negotiations would have been more difficult during an already tense and war-torn time in history.

With the current environment of international politics and immigration, interpreters have proven to be an absolute necessity in the continued effort to establish, preserve, and improve relationships between countries worldwide. Today, multiple organizations and companies exist that are dedicated to educating society regarding the importance of language services and provide quality training to the bilingual individuals interested.

ALTA Language Services provides quality interpreter training that excels in not only teaching bilingual individuals the theory of working as a professional interpreter, but also delves deeper into understanding disparities in healthcare, cultural differences, and individual needs for each patient they will come across. It is our goal to break boundaries do more than typical language-based training by not just creating graduates that can successfully work as professionals, but also understand their impact on the world around them. If you are interested in becoming an interpreter and assisting those in need, click here to learn more about ALTA’s own medical interpretation course.

Faeth Foufa was born and raised in Atlanta, but has spent the majority of her life traveling to and living in various parts of the world, experiencing the diversity of cultures and languages around the globe. She currently works in the Medical Interpreter Training department at ALTA Language Services