There are many sporting events that bring cultures together: the Olympics, the World Cup, baseball, basketball, tennis and cycling to name a few. In each of these, the language of the sport’s originating country is spread to the other countries where the sport is adopted.

Baseball, for instance, was born in the good old US of A, and is hugely popular in Latin America and Japan. The words of baseball: strikes, outs, homeruns, short-stops, and double-plays, have been adopted in several other languages across the globe.

In an article about the internationalization of Japanese sports, cycling expert, Nagako Furusawa, refers to the traditional Japanese martial art, Judo, and its international popularity. Judo, along with Sumo wrestling, has established its status world-wide and references to it can now be found in any dictionary, along with being recognized by MS Word’s spell check. The next Japanese phenonemon that is on the verge of gaining world-wide popularity, and influencing other lexicons, if Furusawa is right, will be Keirin Racing.

Since the 2000 Olympic Games, Japanese Keirin racing and its culture have begun to dash across the globe, and the language of Keirin is already showing signs of being adopted in other countries. The word Keirin is derived from a Chinese compound meaning ‘compete wheel’. Here are the characters:

– Compete Wheel, which looks a lot like the following:

– Keiba for ‘compete horse’ or ‘horse racing’ and:

Keirin, however, refers to fiercely competitive track cycling. In Japan, you are more likely to see the name written in either the hiragana script or the katakana script:

The Rules of Keirin

Jenette Lanning, an alum of San Francisco State University & author of Japanese Keirin Couture : The Art Of Japanese Track Bikes describes Keirin racing as a track cycling event in which 6 to 9 sprinters compete at one time in a race with a paced start. Riders draw numbers to determine their starting positions and the race begins as the motorized pacer approaches. The riders are required to remain behind the pacer, which starts at the deliberately slow speed of about 16 mph, gradually increases speed, and leaves the track approximately 600-700 meters before the end. With a speed of often more than 40 mph, the first racer over the line is the winner. Keirin races are only about 2 kilometers long, or about 1.25 miles.

The History of Keirin

Keirin racing originated in Kokura City in November 1948. It has since become a Japanese social institution attended by around 57 million spectators every year. It is also Japan’s most popular sanctioned betting sport. Japanese Keirin fans place bets amounting to 1.15 trillion Yen annually. In regard to public perception, Keirin compares most closely with greyhound or horse racing in the West. Races are held nearly every weekend at 50 tracks throughout Japan. The entry costs only 100 yen (one whole US dollar) and there are 11 races per night. There are seven different types of bets, combinations of the placing of two or three racers. The background of each rider, his blood type, astrological sign, thigh measurements in addition to starting position and seasonal form are a few factors taken into account when placing a bet. In 1957, the Japanese Keirin Association was founded to establish a uniform system of standards for the sport in Japan. The racers typically do not compete as international medal contenders for this event, largely due to the fact that the Japanese Keirin circuit is much more lucrative and prestigious for the Japanese than world championships and even the Olympics. Koichi Nakano was one of the first Japanese Keirin riders to compete outside Japan. 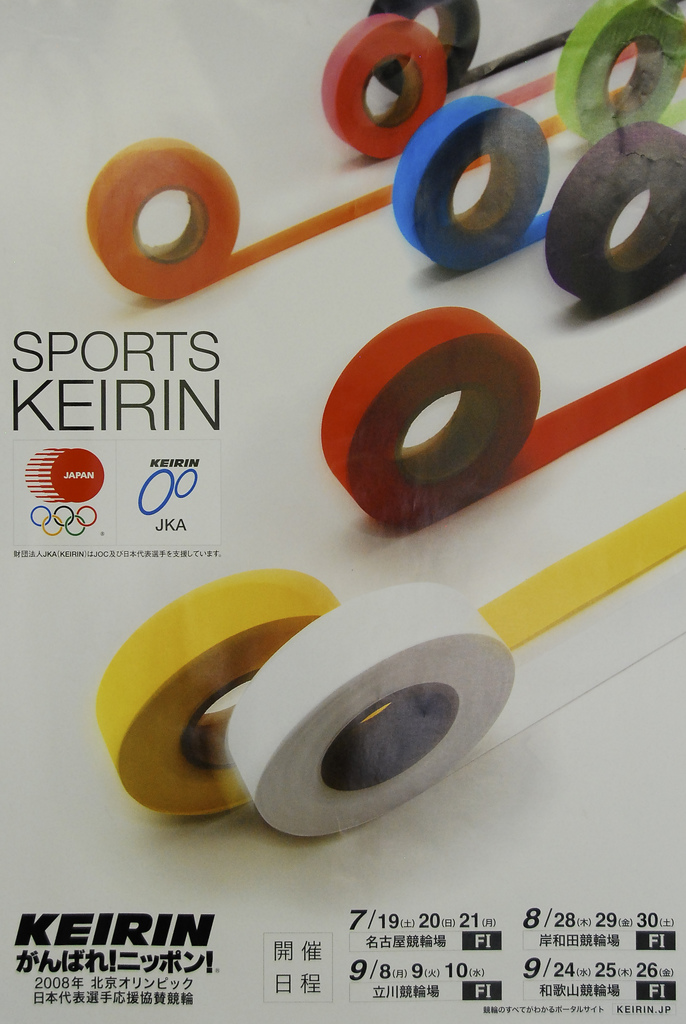 The Language of Keirin Racing

Keirin is one the few sports in the world that require a formal education for an athlete to be allowed to compete. It is difficult, but still possible for a non-native Japanese person to gain admission to Keirin School. Australian racer, Ben Kersten is one of the few to have had that honor. He learned about the language of Keirin, the words for the four standard racing strategies, while attending those classes. For example the word “senko” means to ride at the head from the beginning, trying to keep going without being caught. This is one of the strategies for tough riders. On the other hand, “oikomi” means to ride behind in the group at the beginning and to win by narrowing the gap toward the end.

Ben also learned about the penalties (some of which can be severe) that Japanese Keirin officials give for dangerous and illegal moves:

Shikaku: means to disqualify from a particular race for a technical reason, such as riding below the lower line for too long.
Juushu: a serious warning and a fine.
Soocho: merely a small fine.

How to Become a Keirin Racer

So, you want to become a professional Keirin racer? According to Gen Kogure: you will need to compete for entrance into the Japan Keirin School. If you can ride a kilometer in under one minute and fifteen seconds, and if you have no Yakuza (Japanese mafia) ancestor, then you’re eligible for admission. If you make it in with the 10 percent of applicants who are accepted, then you’ll undergo a strict 15-hours per day training regime. Those who pass the graduation exams, and are approved by the Nihon Jitensha Shinkokai (NJS) become eligible for professional Keirin races in Japan.

Keirin has become a globally recognized measure of strategy and strength on the velodrome and is now an integral part of every national and international track racing event. Furthermore, urban centers around the world are filling up with imported retired or damaged NJS Keirin bicycle frames which spend the rest of their days rolling around cities as brakeless means of transportation. 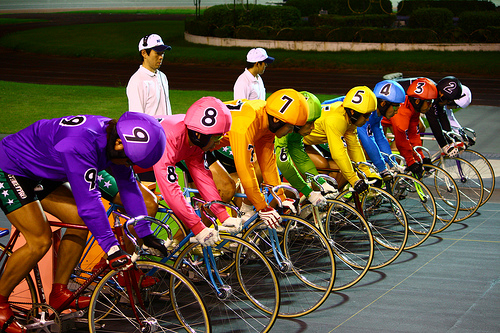