Is Japanese a Tonal Language?

Posted by ALTA Language Services in Language and Culture on November 8, 2018 0 Comments 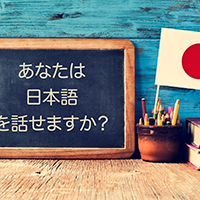 When it comes to learning a new language, one difficulty for English speakers can be learning how tone impacts the meaning of words in some languages. Tonal languages are languages in which changing the pitch of a word can change the meaning of the word itself. For example, in Mandarin, the pronunciation of ma can mean mother, hemp, horse, or scold depending on the tone used.

Unlike Vietnamese, Thai, Mandarin, and Cantonese, Japanese is not a tonal language. Japanese speakers can form different meanings with a high or low distinction in their inflections without having a certain tone for each syllable. Pitch may impact the meaning of some words, but the general context will allow for clear communication. The Japanese language is composed of 45 syllables, each of which are pronounced the same way regardless of where they fall in a particular word. In Japanese, there are two scripts referred to as hiragana and katakana, which comprise what is known as kana. Hiragana developed from the cursive script style of man’yogana (Chinese characters used for their pronunciation) around 800 AD and was not widely accepted until modern times when hiragana was used as equally as katakana in everyday life and texts.

Katakana is known for its short, straight strokes and angular corners and developed around the same period as hiragana from parts of man’yogana as a shorthand method. It was originally used along with Chinese by males before being adopted into general usage by the country. It is now used regularly to write foreign words and names, animal names, for emphasis, and to illustrate some sounds in manga.
Japanese has been heavily influenced by the Chinese language as shown through their mutual usage of a writing system that uses kanji ideograms. Kanji ideograms originated in China and were then spread to the Korean peninsula and Japan where they underwent somewhat of a transformation. Chinese uses more kanji characters than Japanese but around 70-80% of the characters used in both languages are used to express similar meanings.

Japanese does not belong to any particular family of languages, unlike languages spoken in Europe, Russia, and India, which are Indo-European languages. A prominent theory is that Japanese belongs within the Altaic family, which includes Turkish, Tungusic, Mongolian, and Korean, with the most similarities with Korean. However, some scholars believe that it is closer in nature to South Pacific languages in the Austronesian family.

Bio: Caitlin Gong is a freelance writer and blogger for Alta’s Beyond Words blog and studied communications at Monmouth University. She was born and raised in New Jersey where she still resides. Her primary interests in language are translation and interpretation.