Lessons from a Graduate Student in Translation

Posted by Maria Khodorkovsky in Interpreting, Translation on August 3, 2010 3 Comments 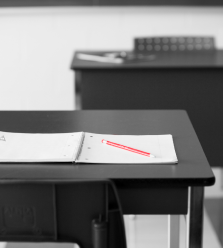 “To be an interpreter, you have to be weird.”

That was among the first pieces of advice I was given upon arriving in Monterey, California, to study Russian Translation and Interpretation (T&I). One month ago, your faithful Beyond Words writer packed her bags and headed cross-country to begin a two-year master’s course in Russian T&I in the only university in the U.S. to offer such a program. While most burgeoning translators and interpreters spring-board their professional lives freelancing here and there, many of the ones that decide to make a career of it find that a gregarious nature and a knack for finding the right word do not an interpreter make (at least, that isn’t enough).

After some six years of experience in the field, I realized that I was still incapable of direct, one-to-one translations, and that I occasionally faltered in finding appropriate technical terms. That, coupled with the frustration of putting my bachelor’s degree to work waiting tables, was enough to convince me to take on staggering student loans in the hopes of carving out a niche in an extremely appealing and exciting market.

Classes don’t start for another few weeks, but I’ve already been dealt enough insight into the heart and mind of the interpreter to make a few general assumptions. Why is the interpreter “weird”? Because the interpreter lives an independent — even lonely — existence. Through conferences and projects, the interpreter makes brief but instantaneous connections all over the globe. The interpreter does not allow deep connections because of the knowledge that, after a few days, he or she will move on to other conferences (a constant cycle meeting new people and sometimes never crossing paths with them again). Those interpreters who love what they do call this independence.

Another prevalent quality of the well-educated interpreter — both self-admitted and undeniably obvious — is unbridled confidence. The graduates of the Monterey Institute of International Studies that I’ve met so far have a lot in common, but no quality stands out more than their belief that there is one and only one way to do things. I must admit that this quality is jarring at first. One graduate informed me that Zen Buddhism is the “only” method of dealing with the stress of simultaneous interpretation. When I asked him if any other options existed, his answer was an unflappable “no.”

Still, on closer inspection, I realized that not only is this confidence irreprehensible, it is absolutely indispensable to the successful interpreter. Simultaneous interpreters are their own media and their own set of tools. As they work, information passes through them at such speedy rates that they must discern both the meaning and foreign-language equivalent of a sentence before the speaker has even finished it. They must believe that there is a wrong word and a right word. They must believe that there is a wrong way and a right way. To stand before a committee of professionals, politicians, surgeons, lawyers, world leaders — to know that you are responsible for the transmittal of crucial information — requires the sort of boldness and brashness that I’ve encountered among the university’s graduates.

I’m interested to see what havoc this transformation will wreak on me in the months to come. Stay tuned for more notes, factoids, advice, and lessons from a graduate student in translation and interpretation.