Posted by Maria Khodorkovsky in Translation on March 10, 2017 0 Comments 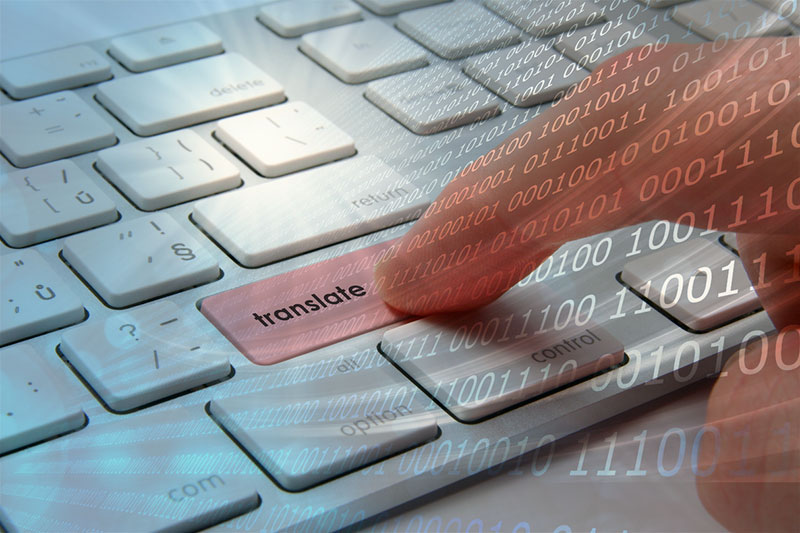 Continued improvements in machine translation technology have made a big splash in the news lately. The launch of Skype Translator in 2015, as well as the advent of wearable devices for sign language interpretation, are indicative of an exciting new age in global communication. Some people may think that machines are on the way to outperforming humans in language work, but the truth is more complex – and better news for translators and interpreters.

The career outlook for language professionals is brighter than ever. According to a study published by CareerBuilder, Translation and Interpretation is one of the top five fastest-growing industries. In fact, their research projects a 36% growth in T&I service jobs, adding more than 12,400 jobs between 2014 and 2019. The Bureau of Labor Statistics supports this claim, forecasting a 46% increase by 2022 – a total of 29,000 new positions in seven years for the rapidly-growing profession. The BLS cites several industries within the profession that have the highest earning-potential, including engineering, the federal executive branch, architecture, and academia.

What accounts for the sustained need for human language professionals in spite of significant advances in technology? Translators work with language the way a sculptor molds raw clay into a piece of art. The task consists of so much more than simply possessing a database of words in two languages: translation requires creativity, precision, understanding of context, attention to register, and an awareness of the ever-changing nature of each language. Until automated machine translation is capable of addressing these nuances, the need for translators in a globalized market will continue to grow.

Of course, not everyone realizes the degree to which translation is non-mechanical. There is a great deal of misinformation surrounding the profession, which can lead to the mistaken belief that it’s more machine than man. In fact, several NATO interpreters have shared their “war stories”, including one who was approached by a secretary and asked which “slot” to feed a text into to receive the copy in different language. Another conference interpreter described an incident in which a foreign delegate approached him to say that the consul in the booth “did not work last night.” When the interpreter told the delegate that no meetings were held at night, the delegate let him know that the consul did not work when he took it with him to a restaurant, held it to his ear, and expected speech to be interpreted into his language. The interpreter was forced to explain that words are not magically processed by the apparatus and transformed into the target language.

Isolated anecdotes aside, the field of translation and interpretation is typically regarded with respect, and even admiration, by most individuals. Consider this fact: many T&I service agencies offer free online translators on their websites. Paid services, however, are handled exclusively by professional human translators. Especially when it comes to complex, technical, or confidential texts, machine translation is simply not an option. The level of specialized knowledge required to accurately translate a medical textbook, helicopter manual, legal brief, or nuclear arms treaty is, at the moment, part of the human realm. As any language professional who has ever had to edit a machine-translated text will confirm, the initial output can range from the mildly comical to the flagrantly incorrect.

Perfect machine translation is still a long ways off. With the help of CAT (Computer-Assisted Translation) tools such as translation memory and terminology management, language professionals should expect to see more rather than less demand for their services.

Are you interested in pursuing a career in translation or interpretation? There are many ways to prepare, including graduate programs and professional certificates, generalized courses of study and ones that concentrate on the legal or healthcare field… the list goes on! To help guide your research, ALTA Language Services has compiled a number of resources for burgeoning language professionals, including the Translation Graduate Program Overview, Top 10 U.S. Translation Schools, and Scholarships and Grants for Language Students. You can also read our interviews with seasoned translators Mary Maloof (Spanish, French, Portuguese, English), Aaron Maddox (German, Spanish, English), and Lu Ye (Mandarin Chinese, English).