The Metaphor Next Door: Metaphor is Ordinary Language

Posted by Kate Dzubinski in Language Training on January 17, 2019 0 Comments 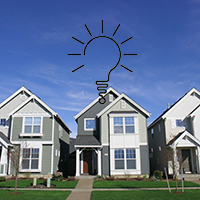 Why do we spend time instead of letting it pass? In English, we think of time as money:

“The dog wasted 15 minutes smelling bushes this morning instead of peeing. Then I had to spend 30 minutes looking for my keys, and on top of that traffic today cost me an hour more than usual! At least I had saved 20 minutes by showering last night.”
These are very normal, everyday ways of talking about time, and for the most part we would never notice that waste, cost, spend and save are words that relate to money. In their book, Metaphors We Live By, George Lakoff and Mark Johnson explain that, although we may think of metaphor as something only used in poetry, “the essence of metaphor is understanding and experiencing one kind of thing in terms of another,” and according to them, we actually use metaphors to structure our worldview. Time, for example, wasn’t (and isn’t) always conceived of as money – the idea is most common in industrialized societies, and could likely be traced back to the industrial revolution, when wages began to be paid hourly. Time is also thought of in terms of a moving object – something we’ll explore in a later post.

For now, if you’re not entirely convinced by the “time:money” metaphor, think about this: there are whole systems of orientational metaphors in which we give orientation to things that don’t inherently have any. UP/DOWN is one such system:

• Health & life:up/sickness & death:down: “He fell into a coma,” “She came down with the flu,” “Lazarus rose from the dead,” “He fell ill,” “She’s in top shape”
• Consciousness:up/unconsciousness:down: “He dropped off to sleep,” “Get up,” “Wake up”
• More:up/less:down: “Stocks are rising,” “We’re raising awareness,” “The water pressure fell,” “He’s underage”
• Good:up/bad:down: “Upstanding young man,” “High-quality work,” “Things are looking up”
• Happy:up/ sad:down- “I’m feeling up/ down,” “You’re in high spirits,” “He’s really low these days,” “My spirits rose/sank.”

There are several more categories in the UP/DOWN system, and Lakoff and Johnson argue that the reason UP/DOWN is such a powerful metaphor is because we use our physical experience to understand abstract concepts. For example, we mostly experience health, life and being conscious when standing or sitting up, while sickness, death and unconsciousness force us to lay down. Even though going from consciousness into a coma is a different physical process from falling down, we experience and understand one thing in terms of another. And saying someone fell into a coma is a very ordinary way of talking about things. None of the above phrases sound especially poetic – they’re mostly just the normal way of saying something.

So if metaphors are deeply embedded in our normal language, thought processes, and the way we experience things, what does this mean for an interpreter? The trick is that even though these metaphors may be totally commonplace, they aren’t literal. Try to find the equivalent phrases for the above examples in another language. If you can use the direct equivalent for the word in italics, then that language probably uses the same metaphor in the same way. But odds are there are some where you can’t.

We see that sometimes the metaphorical words are the same across languages, and other times they aren’t. In Spanish, for a coma, you can still say “fell,” but for “coming down with” you would say “hit,” as in “the flu hit him.” Notice that although “sickness:violence” is not the same metaphor, it is still a metaphor, since illnesses have no physical body with which to hit someone. For “raising awareness” we see a similar change. In Spanish you can “create” awareness, or make others more “sensitive” to the issue. Again, sensitivity is not the same metaphor (“awareness:physical sensitivity” instead of “more [awareness]:up”), but it IS still a metaphor: one that has to do with our physical experience of sensation. Interestingly, physical sensation is also used for metaphors in English, only it is paired with emotion, not ideas: “emotion:physical sensitivity”. For example, we can say that someone is “callous,” meaning they don’t feel or display emotion as much as others, or “tender-hearted,” meaning they’re more compassionate than others.

It is interesting to notice how much metaphor is in our daily use of language, but also, for interpreters, it’s important that we pay attention to how those metaphors and metaphorical systems are used differently across our languages. We need to know which metaphors get used in which contexts, because it will impact how smoothly we can render others’ words, and how clearly we portray the speaker. If we can choose the correct, corresponding metaphor, the listener will hear the speaker as speaking normally, like we did. But if someone chooses a metaphor that’s normal for their language (like being hit by the flu) and we fail to change that metaphor to one that’s typical in the target language (coming down with the flu), we’ll make someone sound odd when, in their language, they sound perfectly normal.

Interpreters learn about this type of mistake when we’re taught about idioms (think of the phrase “knock the ball out of the park” meaning “doing something really well“- can you say it literally in the other language(s) you speak?), but the point I’d like to make is that we actually use this skill much, much more often than we perhaps realize, and also that this is one of the things that make it so hard for a translation app or program to give good results. Interpreters: understanding the metaphorical nature of everyday language can help us. Running into a metaphor that’s not the same across languages can make us stumble like an idiom, but leave us perplexed as to why. Knowing that metaphors are hidden in almost all of our everyday language and preparing for cross-linguistic differences in metaphor can smooth out some of those bumps. And, whether you’re an interpreter or not, I encourage you to pay attention and try to find metaphors in daily language. Then, if you know a different language, try to convert them. Does the target language use the same metaphor? A different one? Where else does the target language use that metaphor?

In the next post, we’ll talk about the different ways we use war as a metaphor, and reflect on how that may impact how we think about those topics.

Kate Dzubinski is a Certified Medical Interpreter whose background draws from the southern US, Austria, and northeastern Spain. She grew up speaking four languages, and currently works as a a hospital interpreter, continuing education developer and lead facilitator in the Interpreter Training department at ALTA Language Services.